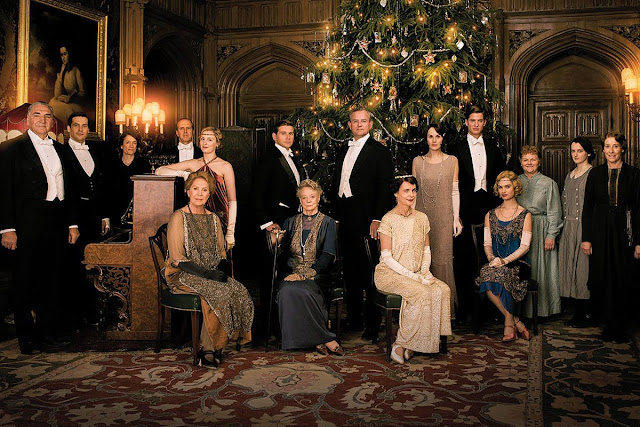 In order to stand any chance of properly watching the Downton Abbey movie, we'll first have to get through the rest of the series where we had left off previously. And as we've run out of episodes of The Marvelous Mrs. Maisel for now, our current Amazon Prime delight is the upstairs and downstairs drama of the Crawley household.

We've always enjoyed the unique narrative flow of this series, time and time again things go back to the inherent power of secrets and the role they play in stories. Time and time again we find characters both upstairs and downstairs getting trapped in this or that secret and the countless other complications that inevitably happen when secrets force themselves out. And at Downton Abbey, secrets always come to light.

And sure, any TV series has its share of good stories and delicious secrets but there's something distinct about how this show manages to bring things together in such an artful and intriguing manner. They never rely on big showpieces like shouting matches or overly elaborate stories. Instead, there's an inherent elegance to how the same secrets come up time and time again as they often do in real life and the repeated drumming of these truths is what whittles down the walls everyone's resilience.

It's funny how these things come together. I doubt the creators of the show had any idea what sort of a reception the show would have and how it would resonate with so many viewers. And I'm glad that Tobie enjoys the show with me as well.
sietch life television Tobie