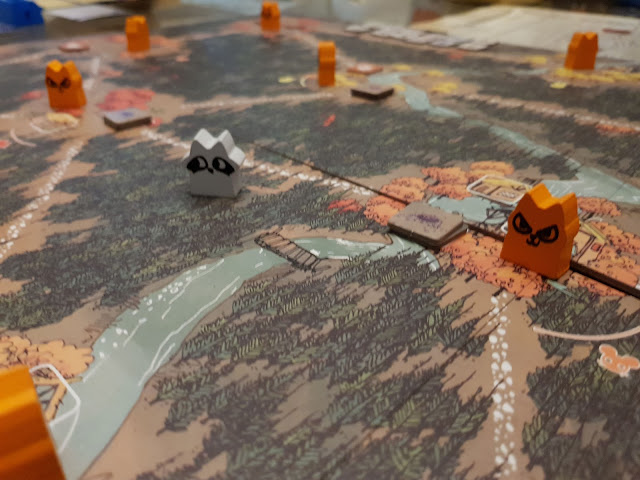 So the Root RPG Kickstarter is live and it seems the team has invested the same amount of love and attention in the original board game in this new tabletop venture. I've pledged my support for the Kickstarter primarily based on the art alone and my love for the backstory of the board game. Let's face it, the game really set the stage for some fascinating stories and it only makes sense that someone would create an RPG setting that could take advantage of it.

It's kind of fascinating that the game has everyone playing different Vagabonds, and it totally makes sense. After all, they're the "faction" in the game that is most free to travel the land and with the more diverse play options. And in that regard, they're probably the easiest character type for players to use to dive into the world of Root.

This is the third RPG system I've ever backed on Kickstarter and the second one I've backed that uses a variation of the Apocalypse World system. I haven't run games for the other systems I've supported but I am gearing up to running at least a session or maybe even a mini-campaign for The Expanse provided I can find players who can fully embrace the lore behind it. Given most of my prior GM experience was with the Doctor Who RPG system, it would be nice to explore more stories in other worlds.

But man, I need to find games that people actually know about the back story beforehand.
books gaming tabletop gaming