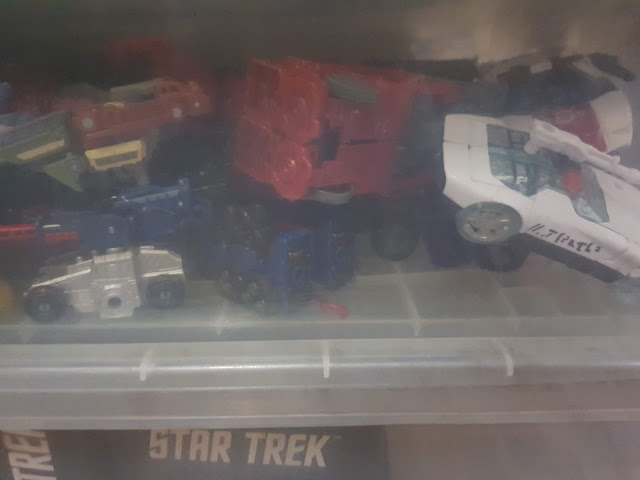 My hobbies include reading, blogging, and collecting various geeky things. My primary collection fandoms as of late are Transformers, Star Trek and Doctor Who. But despite these varied interests, I realize that it's rare that I actually talk to others about these particular interests.

I have a few Facebook groups related to some of these interests, but I'm not exactly what you would call an active member. I only stay in the Transformers groups to watch out for figures I want but I rarely participate in their discussions. I didn't last long in the local Doctor Who Facebook groups given all the social media "noise" and so I've left those entirely. I'm still in the Star Trek group since it's not too overwhelming, although again I rarely take the time to share the fact that I've been steadily collecting the full line of Eaglemoss Star Trek Starships.

I guess this could tie to my particular brand of introversion. I know we share common interests, but that hasn't quite been enough to make me immediately feel like I should try to be friends with everyone else in the same interest group. More often than not the brand of discourse that is most prevalent just isn't my thing and all the more I don't want to dip in.

I don't know where this is going - it's not like anything is going to change any time soon. But I needed something to write about, so this became it. I'm a geek who loves many things but doesn't necessarily feel the need to engage anyone else other than Tobie with such my geeky passions.

I don't even know who to share my love for Dune and The Expanse with haha. Oh well.
inner ramblings social networking toys