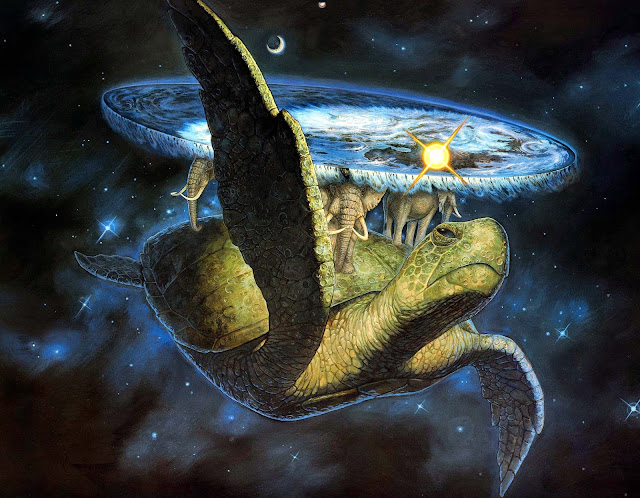 When Sir Terry Pratchett died in 2015, a lot of us Discworld fans were saddened by his passing and all wanted to hold onto all the good memories of his world somehow. In our case, this led to us gathering some of the Discworld games out in the market, something we probably should have done before but these were the earlier years of the modern board game boom. We managed to get copies of The Witches and Clacks, but that was about it.

The true collector's gem was the game Discworld: Ankh-Morpork, which we had seen in local stores from time to time but once we got around to actually buying them as collectibles, the game was nowhere to be found. To make matters worse, the death of Sir Terry meant that the publisher no longer had the rights to the game and so it was pretty much going to be out of print forever unless the Pratchett estate would ever get around to resolving the rights of the games.

We'd spot copies of the game online here and there but the going price was close to $400 given the rarity of the game. This didn't feel like a good deal given we didn't really know what the game was like.

Fast-forward to 2019 and friends started talking about the game again and this reminded me that we never managed to find a copy. Tobie apparently tries to leverage this as a birthday gift idea and started asking around different Facebook board game groups about anyone willing to sell him a copy. You don't normally expect much out of such "Looking For" posts but surprisingly something came up.

Given the cost of the game, Tobie couldn't quite keep this a secret from me as it wasn't something either of us could purchase easily on an individual basis. But given it was the collector's edition of an already rare game of a franchise I love dearly, it really wasn't a difficult decision. I'm just glad that Tobie was willing to split the costs with me to add this to our game collection.

And the story ends with us meeting up with the seller in Greenhills and closing the deal today. I still can't believe that we now own the game. Whether or not it'll get a lot of play is irrelevant. I'm just super happy to have it.
birthdays gaming sietch life tabletop gaming Tobie