02746: Crossing into the Shadowlands 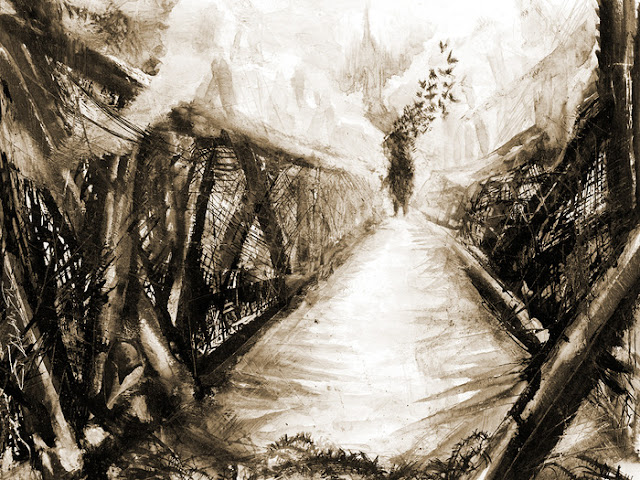 Today we've started what is initially mapped out as a short campaign of Wraith the Oblivion, one of the White Wolf games that I actually haven't had a chance to try playing just yet. The closest I've gotten to this particular setting is having played through an Orpheus campaign, which had some loose connections to the Wraith setting given certain elements.

It's a pretty scary system with a lot of emotional triggers woven into the story. So much of the abilities tie to the characters and how they died and more importantly how they lived. Everyone is a wraith - a ghost that is unable to interact with the physical world without paying the cost. And even then our levels of interaction are very limited. And it was pretty intense just discussing our respective characters and defining their potential afterlife narrative journey ahead.

I am rather excited about this as it's a new system to try and a new campaign with a new group. Each group brings with it a unique play dynamic and I'm keen to see what sort of a story we'll end up crafting together. To be fair, this is not our first time to play together. We had previously braved an Alien RPG together and came up with a fun little adventure. But now this is our first longer game experience together so things will get pretty interesting over the next few months.

Side Note: I'm finally starting to read through the systems for The Expanse RPG and it looks pretty exciting! Will this be my second like core RPG system to run apart from the Doctor Who RPG system? Only time will tell...
gaming sietch life tabletop gaming