02741: Getting Into Focus (A Transformers Non-Problem) 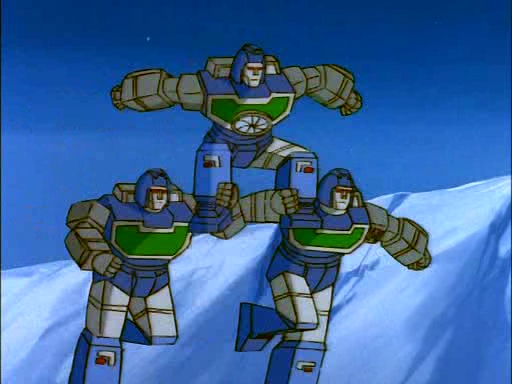 Reflector was always an unusual part of the Transformers G1 universe. He was three different robots who lacked any true personality or significant dialog in the original cartoon and the trio transformed into a single camera. Why it takes three Decepticons to make a camera while Soundwave on his own not only transforms into a tape recorder but can also carry transforming cassettes inside him is a mystery. But he was always a rather intriguing character. 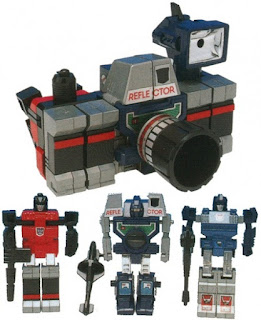 Reflector also existed as a toy but as a trio of rather distinct robots who still worked tog4ether to create a single camera. It turns out he was a regular release in Japan, which would have made things a lot easier given he was a mail-in exclusive in the US through Hasbro. As a kid, I did not fully understand how a mail-in order worked and I couldn't quite differentiate the mail-in catalogs versus those lovely full-glossy catalogs of all the toys in the current release wave that acted as a checklist at the same time.

Needless to say, I never got Reflector.

Fast-forward to today and the current collectors-oriented Transformers Generations War for Cybertron: Siege line promised a new Reflector figure, albeit now called Refraktor. And this single Deluxe-class figure transformed into...a ridiculous space gun sled thing on his own. HOWEVER, if you get three copies of the same toy, it also promised a special camera mode. This was clearly a sales gimmick to force collectors to get multiple copies of the same toy. But how could you not want the camera, right? 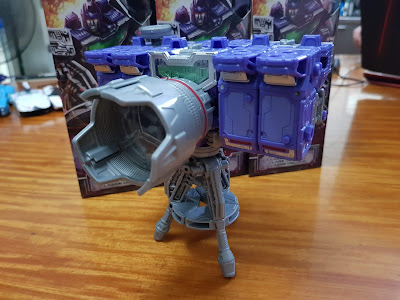 Long story short, I got three Refraktors. And I was surprised to discover that the manual that came with the toy didn't even give you the instructions for assembling the special camera mode. Thankfully, we live in the age of the internet so it wasn't too difficult to figure out and the result was...quite beautiful. I was tempted to wait for the special 3-pack set that was painted in the original Reflector toy colors, but there's really something about the G1 cartoon series that really imprinted the notion that Reflector was three identical robots.

It's a beautiful toy. And as much as I had to invest more to get the camera mode, I'm still happy that I made this particular investment. It's a great toy and a good addition to my collection and 4 year-old Rocky is REALLY happy.
sietch life toys Transformers