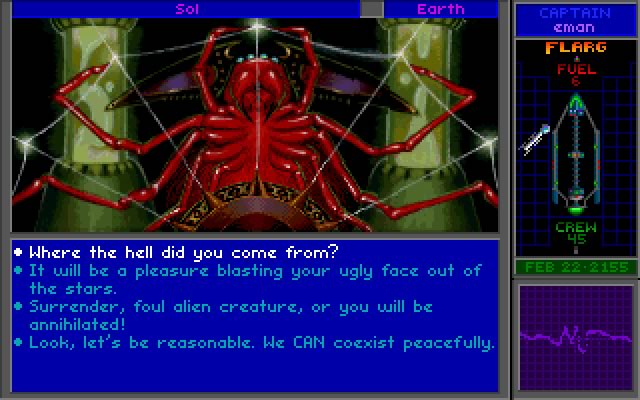 Despite the generally gloomy weather, today's one-shot Tiny Frontiers game managed to push through and we're all the better for it. The story we ended up crafting involved us as a Firefly-style crew of scoundrels trying to make a buck. In an effort to go fully non-human, our crew ended being a weapons-obsessed fox, an unusually charming red panda and finally my hive mind symbiont-controlled insectoid/arachnid alien. It was a rather unlikely crew on what started as a bank heist but ended up with folks negotiating for their individuality in front of a hive mind planet. Good stuff.

I was happy to embrace the alien life as fully as possible and thus I ended up as a creep psionic engineer who was largely independent but still absolutely loyal to the cause of the hive. It could have been a straight-up betrayal angle with me following different orders versus everyone else, but I still managed to help nudge the narrative such that I showed some degree of loyalty to the crew as a weird mini-hive, at least in my understanding of things.

This really prompts me to take the time to study the RPG rules for The Expanse now that the physical book has arrived. There's something about science fiction stories that really speaks to me and it probably helps things along that I've just finished reading a trilogy of Star Trek: Deep Space Nine books just this weekend. I'm moving on to another classic Battletech novel so I'm really in one of those moods.