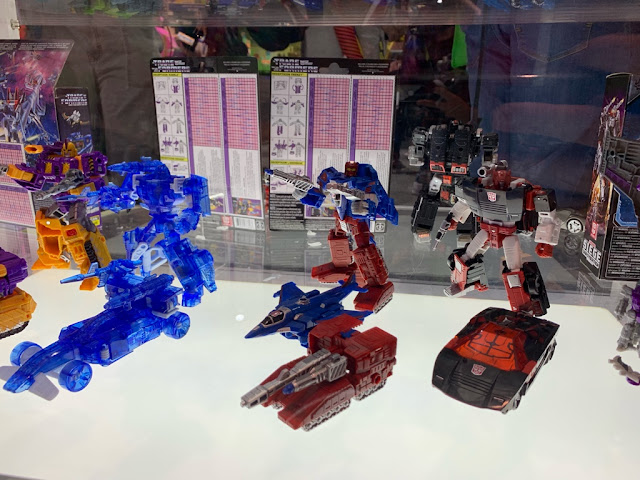 Part of the reveals during this year's San Diego Comic-con included a number of new figures in the Transformers Generations War for Cybertron: Siege toyline. But in line with the new trend of exploring more cost-effective ways to get collectors like me to spend more on toys, they've also announced a crazy number of repaints.

For the uninformed, a repaint is a Transformers toy that's given a new splash of paint in order to represent a new character or an alternate version of an existing character. The remold is its closely related cousin that involves a bit more than a new paint job with other changes like a new head sculpt or slight changes to the molds for some of the limbs and such. Naturally, repaints are the most affordable option since you get to use the same molds but generate entirely new characters.

Repaints are not necessarily bad. If anything, they are part of the grand tradition of the toyline. The different seekers are all repaints of the same jet mold. Ironhide and Ratchet will always share the same body with different paint jobs. Bumblebee and Cliffjumper also tend to echo one another. The list goes on and on.

But man, this new line is getting pretty bonkers indeed. It all ties back to the new Generations Selects subline that celebrates even more obscure characters for the collector's market. They don't even bother with actual packaging and instead, you get mostly plain cardboard boxes with minor details added to mark the line. They started with two additional figures attached to the tail end of the Power of the Primes line but now we have at least 5 figures announced for Siege (we don't know what WFC-GS04 is though) and at least 12 different retail exclusives tied to different partners including Amazon, Walmart, Target, and Walgreens to name a few.

I want to be smart by avoiding a lot of these little variants and alternate versions. But at the same time, it's hard to not want them because they are featuring some interesting, obscure characters plus I'm a bit of a completist when it comes to the Generations line as a whole.

So yeah, it's a weird non-problem to have. But such is the life of the adult Transformers collector.
toys Transformers