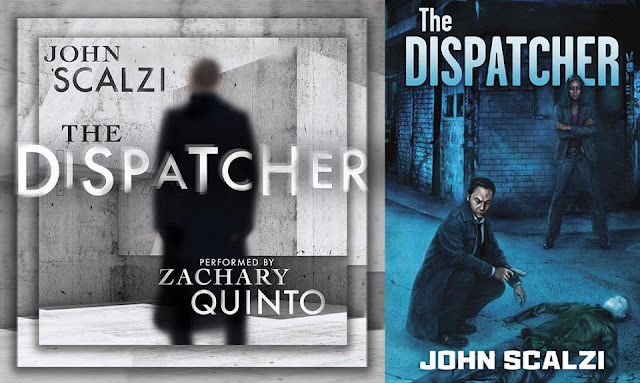 I recently finished listing to the Audible edition of The Dispatcher, a shorter novel written by John Scalzi. The premise of the book centered around one odd twist versus our mundane lives - when people are murdered, they're eventually re-appear in their homes without clothes but definitely alive. It only happens with people who die directly because of the actions of another. People who succumb to old age or some other terminal illness don't see to come back in the same manner.

Scalzi never goes into detail as to why this happens - it's not important to the story. It's really more part of the setting - what makes the story universe so unique. And the story explores some of the implications of that change in circumstances, with the dead coming back to life and all.

In Blade Runner, the near future includes robots that look like people and part of their reality is the fact that special tests are needed to tell humans and these androids apart. Sure there's the additional controversy of some of these robotic replicants being involved in a bit of a rebellion against their human masters, the but the story and a lot of its nuances are all tied to the fact that there are artificial humans of sorts that people cannot easily distinguish from regular organic ones.

It's rather striking and inspiring how a lot of the best stories, especially when it comes to genre fiction stories like these, they don't exactly rely on highly extensive world-building. As much as I'm a big Dune fan and I love the rich science fiction universe Frank Herbert created, there's an elegance to stories where only the slightest changes are made versus our own lives and fun begins when they explore what such a change might do to human life. It makes for interesting storytelling.

And as I was jogging the other day, listening to Scalzi's story come to its climax, I wondered why I hadn't tried writing a story like that yet. Why do I keep trying to go for all-encompassing world-building efforts when I could just write something a lot more succinct.

What if I tried changing just one small thing and tried exploring the ripples such a change would make, just as many other storytellers have before.

If only I knew what to explore.
books inner ramblings writing