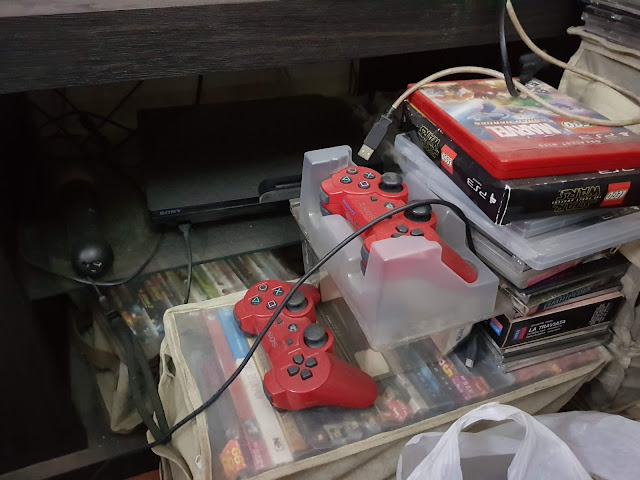 In the 2+ years that we've been living in BGC, we've hardly played games on our PS3. To be fair, we had hardly played console games in the last few years we were still in Cubao as well given how our tabletop gaming has taken up more and more of our free time. Coupled with the rise of Netflix as a source for casual entertainment among other things and there really hasn't been all that much time to play console games.

I regret all the PS3 games that we haven't finished - it's why we hold onto the unit in the slim hopes of one day finishing the games we've purchased over the years. The lack of use has also dissuaded us from getting a PS4 not matter how much I'm curious to see how games like Kingdom Hearts III play out.

There's the very harsh reality that we should probably give it up and continue to focus on our tabletop game collection. But there's also a strong nostalgia factor in play here that complicates things given the years of enjoying local multiplayer game experiences together like the different Dynasty Warriors games or even Diablo III.

How do other tabletop gamers handle this weird little "problem" of sorts? How do you balance console or computer gaming with the greater time demands of tabletop gaming?
console gaming gaming sietch life tabletop gaming Tobie