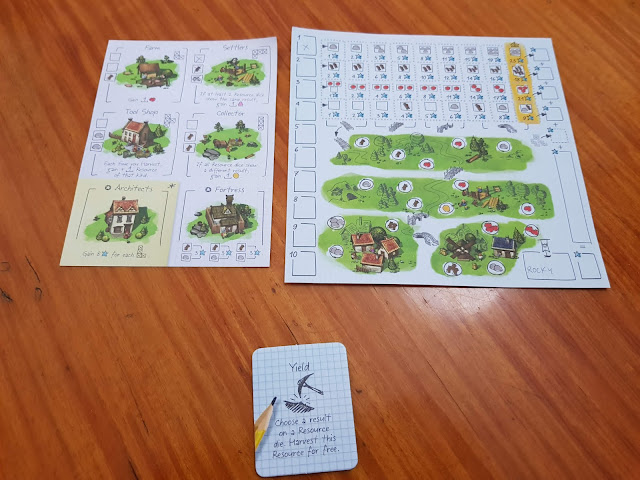 Given our copy of Imperial Settlers: Roll & Write arrived from Singapore only over the weekend, our first game was on Sunday.  I wasn't quite sure how I'd respond to a roll & write game given my limited enjoyment of games like Kokoro, which are still fun but a quirkier challenge that I have a harder time to wrap my head around.

But this game oddly worked for me. It has a lot of familiar touchpoints given its shared place in the gaming world now known as the Imperial Settlers Universe. And yet it was also something very different. 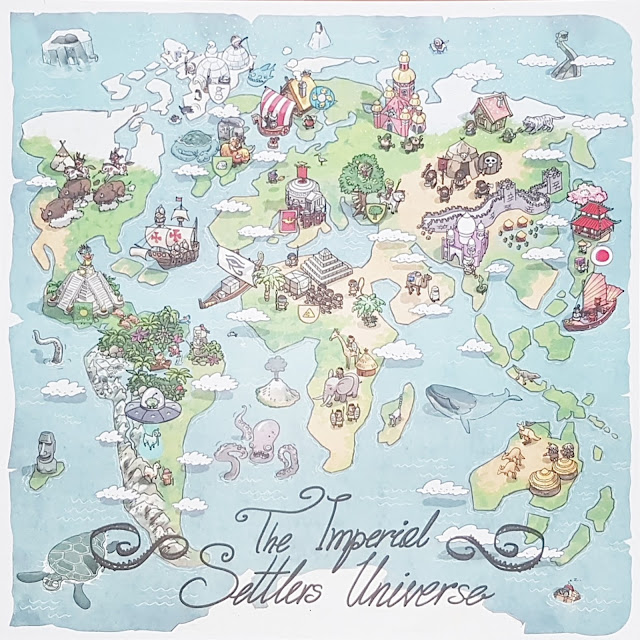 It feels like a number of Ignacy Trzewiczek's recent game releases feel like they share obvious inspirations from other games out in the market. This Roll & Write game was his effort to create something in this genre and join a market that includes titles like Railroad Ink and others. Empires of the North clearly has some inspirations from the recent wave of Viking-related games such as Raiders of the North Sea but with his own little Ignacy spin. And in his blog posts, he talks about the inspiration for his games and how the works of others helped to inspire his own work.

In other words, he's not ashamed to admit that his ideas for games aren't 100% original, nor should they have to be. Instead, he knows fully well how to continue to be inspired by the creativity of others because he genuinely loves games and is more than willing to celebrate the successes of others. It's things like this that just further endear this game designer to his fans, ourselves included.

Ignacy did not originate things like the roll & write game genre. But he is the one who has gotten me to try such a game and enjoy it. He's a man who celebrates calculated Euro games but also embraced creating a lovely dice-based game that we also enjoy - Rattle, Battle, Grab the Loot. And I'm sure if we continue to follow him, he'll continue to get us to try new things and experience new forms of fun.

Thanks, Ignacy. We owe you a LOT of cookies in gratitude.
gaming sietch life tabletop gaming