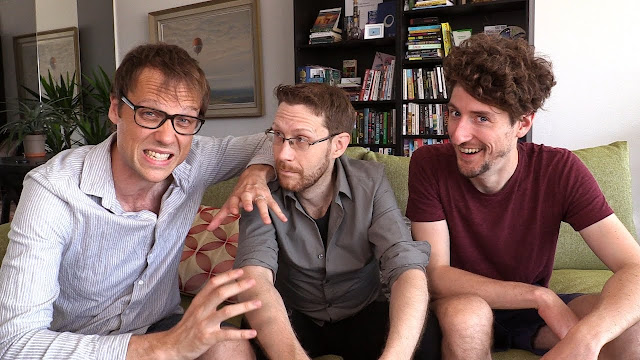 It was Tobie who eventually introduced me to the quirky geeky humor of Shut Up and Sit Down, which is a website, a YouTube channel, and a podcast all about board games and a whole bunch of other things. Beyond being really funny in how they present their tabletop game reviews, they also offer a fairly balanced perspective on things that make a lot of sense. And while the active members have changed over time, I continue to follow them and I look forward to reviews.

They've now involved in a Kickstarter for Monikers: Serious Nonsense as a special expansion to the Monikers game which is actually the second expansion they've helped to develop for the game because they love it so much. And naturally, I opted to back the Kickstarter immediately after watching the launch video (which I watched on the SUSD YouTube channel before seeing it again on the Kickstarter page) since they had long-since sold me on the fun potential of Monikers and I had opted to wait for one of these projects that consolidate the different expansions into one convenient set.

True enough, I'm now pledged to get most of the cards (that have survived the passage of time) for just $80! That's amazing!

Beyond that, SUSD also reminds me and Tobie of how much we enjoyed working on Fandom Live! videos together with other friends and that sort of make us want to create web content again in one form or another. I've talked about this on and off again and we still haven't done anything outside of a few random Facebook Live videos here and there.

Maybe that'll change one day, but not just yet. Life is keeping us pretty busy thus far and it's proving complicated to get around to even just mapping out what to do.
gaming sietch life tabletop gaming Tobie