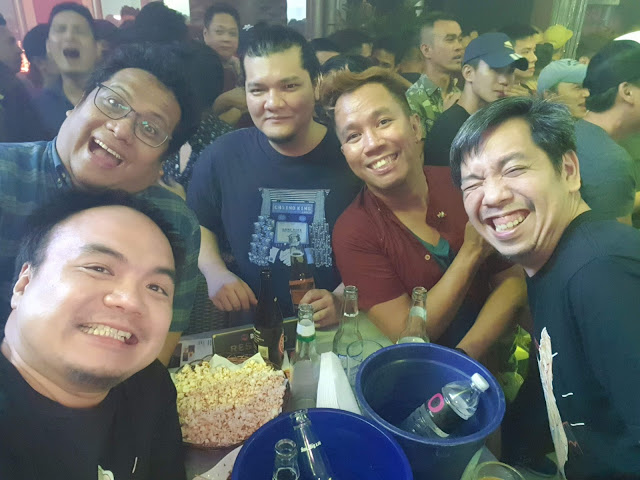 Last night O Bar received an award from Mega Magazine in line with what the bar has done for the community and how they've cultivated and elevated drag as an art form. Despite a lot of the social media criticism of the Mega Equality Ball, as it was called, I'm really happy that O Bar was recognized for their efforts in front of a diverse group of public figures. It may be tokenism, to some extent, but still, the opportunity to remind people that the LGBT community is very much here to stay is still important. And I'm super proud of O Bar - they totally deserve the accolades.

It is interesting to note that in recent years it certainly feels like we end up at O Bar with more of our straight friends than queer ones, which on the whole speaks of the bar's wider appeal these days. It reflects the same trend that has helped the likes of RuPaul's Drag Race move beyond channels like LOGO and to more mainstream networks like VH1. It's not exactly major steps towards equal rights and all that stuff, but it still means things are somewhat headed in the right direction.

Funnily, the topic of bringing officemates, mostly girls, to O Bar comes up here and there. I'm not sure how I'd ever manage to bring a significant number of people to the bar, especially people I work with. But hey, O Bar is O Bar and it's always nice to share the love for the O Divas with friends. So maybe it'll happen. But this conversation has been sort of going on and off for over a year so it's not exactly moving quickly. But who'd want to go out to a drag queen bar with their boss, right?
O Bar queer life stop the presses work