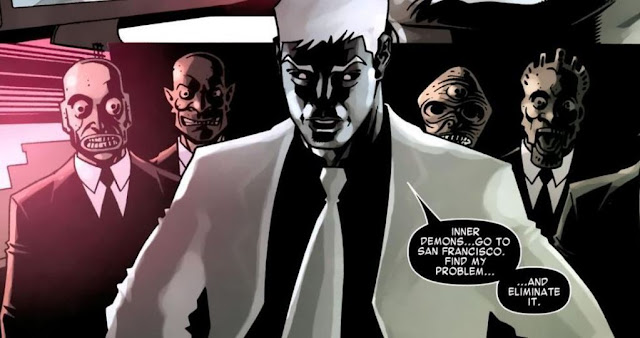 I'm one of those gay guys who never got into the whole beauty pageant thing. And while I do love RuPaul's Drag Race, it's more because it feels closer to Project Runway and not because of some similarities to shows like America's Next Top Model, which is another show I could never really get into.

Tobie introduced me to the wonderful world of tabletop RPGs but I've never really gotten into Dungeons & Dragons to any significant degree. I enjoy a lot of other TRPGs, particularly narrative ones, but very tactical stuff has never really been my thing for one reason or another. I guess it's because a lot of games like these feel better supported as computer games or something. It's probably why I've been nervous about every trying the Battletech war game after years of enjoying the PC games.

I super enjoy the drag performances at O Bar but I've never particularly felt strongly for one or another pop diva apart from Kylie Minogue. More often than not I only learn of different divas or their songs through O Bar, which is kind of funny when you think about it. I'm not one of those gay guys who are super into Carly Rae Jepsen or Lana Del Ray or whatever. Not even into Troye Sivan despite him being a pretty little thing.

Even when it comes to tabletop games, I've come to love very strategic games like a lot of the different worker placement games and other "euro" games that have been released over the years. But I'm not a big fan of some of the more popular party games like Cards Against Humanity and other stuff.

We all like different things. What we like does not define who we are. What we don't like does not necessarily make us special. We are more than our likes and dislikes. But it's sort of funny how wrong stereotypes can be. Or it can feel funny how people end up rebelling against stereotypes in one way or another, further empowering them to some degree.

That's life for you.
inner ramblings