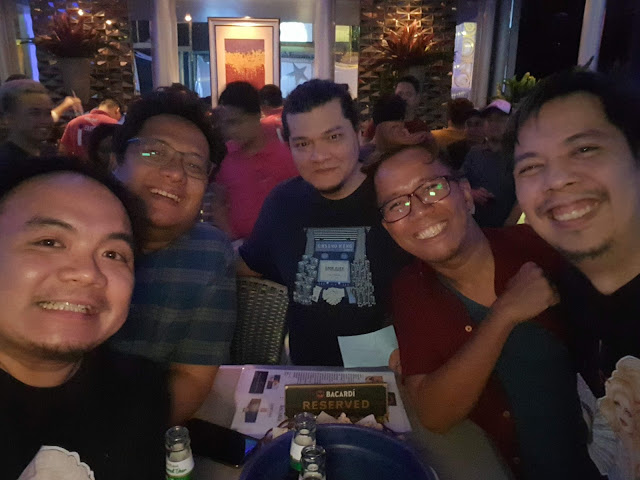 As much as there remain to be things that we wish were better or at least different in terms of general circumstances, we also have to appreciate all the good stuff that comes along. And week after week friends help remind us of this fact. There's a lot of good stuff in our lives in many different areas.

Saturday began with the new washing machine and quickly shifted to this month's Finer Gaming Things Club board game session. We went in knowing that our time was more limited than usual since we had O Bar obligations later in the night. Keeping that in mind helped us plan things better so we focused on shorter games in order to get more sessions in before it was time to leave for the bar.

Tobie and I mostly split up to play at different tables given FGTC does typically juggle two games at a time and so we played a wide range of stuff including the Bob Ross: The Art of Chill game, The Manhattan Project, Harbour, and Wingspan, which is a pretty healthy number of games within about 4+ hours.

Then it was off to O Bar for Turing's birthday show, and it was quite the night of entertainment. A number of different friends also showed up and it was nice to see folks around even if we were in different parts of the bar at this or that point in the night. But in the end, we had a heck of a lot of fun and that's really all that matters.

Sunday featured a scheduled #TAGbites RPG one-shot for a group that regularly requests games with Tobie. The game of focus was The Sword, The Crown, and The Unspeakable Power, which is another game powered by the Apocalypse that sort of has a feel similar to Game of Thrones but maybe a little darker. We could all tell the system has great potential for interesting stories had this been a longer campaign but we made the most of our single session and came up with a pretty intense story.

As much as I love our long-term campaigns, these different one-shots are great experiences since we get to play different games that we don't typically play a lot and we get to try gaming with new people. In some cases, there's the novelty of introducing players to a system they've never played before in order to help broaden their gaming experience. In other cases it's meeting brand new players and using the shared language of a more familiar game to bridge the gap. All in all the one-shots provide for a nice diversity of experiences that just reinforce why this hobby is such a fulfilling one.

I hope you all had a great weekend as well, or at least have taken a moment to think about all the good stuff you've all experienced this weekend or even beyond that. Life is great - we all just need to remember to take time to appreciate the good things and more importantly the good people in our lives.
gaming O Bar queer life sietch life tabletop gaming Tobie