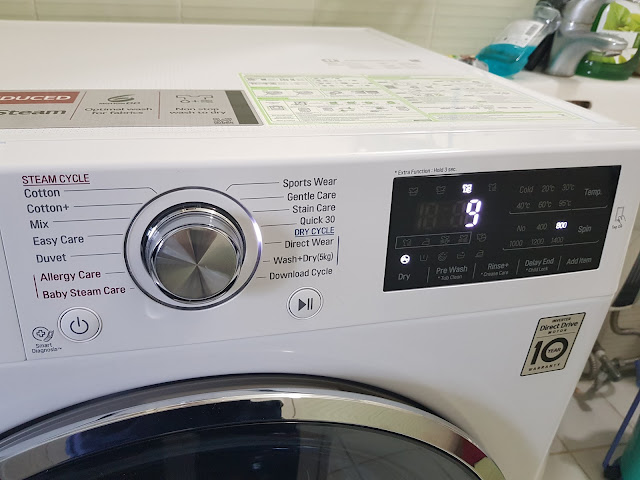 I woke up to a call from the washing machine delivery people, who apparently had been sending me updates on their progress since about 7am. There were at least 6 missed calls to boot and we were lucky they didn't move on to other people in their route.

So that for settled soon enough despite Tobie and me being half-asleep then it was down to waiting for the installers to set it up. Thankfully Paulo from Abenson pulled through and the installers were at the Sietch by lunch and the machine was ready to run by 01:00pm.

The laundry levels at the Sietch were nearing critical since my last trip to the shop was last week, so I had a lot to play with. I know it's been a while when I have enough clothes to make a dedicated red load.

Before tonight's game night I finished a darks load then set up a lights load on a timer so the cycle should finish by the time we get home from O Bar. I still have whites, reds, pants and maybe a towel load waiting so I'm going to be doing laundry steadily until early next week.
sietch life technology