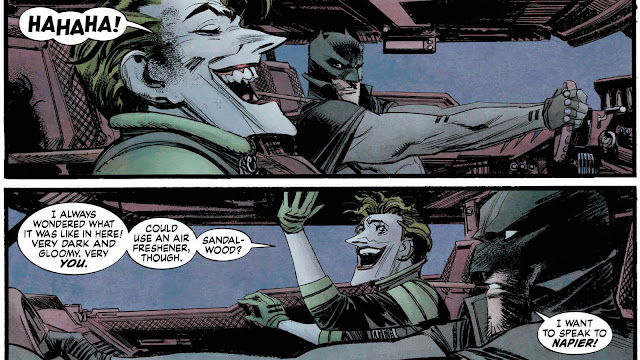 Finished reading Batman: White Knight, where we get to experience just how different a "sane" Joker can be. He seems to be a good guy but one who is quite the genius at large scale plans that just happen to include discrediting Batman as a vigilante who just causes a lot of property damage. Still, pretty amazing book.

Also got to read the Dan Abnett and Andy Lanning run on The Authority before they got started with Marvel's cosmic-related titles in the form of the Annihilation storyline. I was pretty keen to see where this would go given this is ultimately what lead to the rebirth of the Guardians of the Galaxy as a new team of spacefaring misfits. It's a rather bleak start to the story given the World's End event that affected the WildStorm universe but in the end, it's still the Authority.

When Tobie finished with work we watched X-Men: Dark Phoenix. This second attempt to tell the Phoenix story in the movie was really, really meh. As in it was boring and sometimes confusing since despite things happening, a whole lot of nothing happened. It was very, very sad.
books comics moving pictures