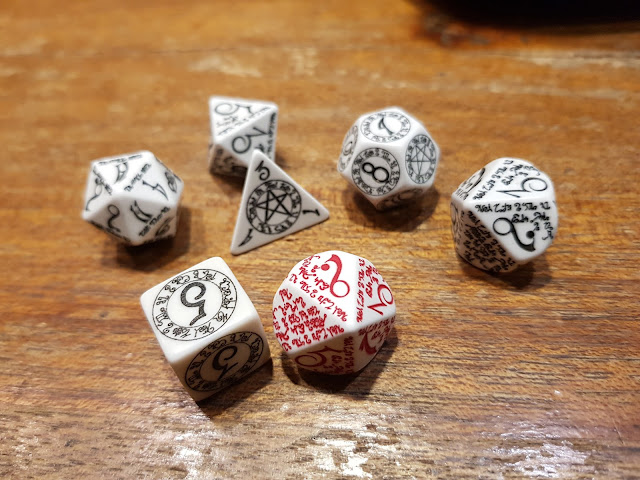 Our Saturday really began Friday night ad we had a friend over for gaming and good conversation. That ended pretty late, which made our morning a bit more challenging.

That's because we had an early breakfast activity with the Greasy Snitches and talked about the Call of Cthulhu RPG and the complexities of both running and playing horror games of this nature. It was a nice little event and a great opportunity to meet more folks involved in the hobby.

My afternoon was spent with mom as it's my routine now to check on her and dad and make sure their meds are okay. We had a hearty lunch at UCC, even though this translated into two omelets for me as it was the only safe item on the menu with respect to my keto diet.

Then it was straight home to the Sietch for a board game session involving more games that we didn't own for change. It was a great gaming session as we were playing with competent friends and that's always a good thing.

But now we're headed out to O Bar and I know I'm running on a bit too much caffeine and not enough sleep. The fatigue is bound to have a greater impact that the alcohol but we'll just roll with the punches as best as we can.
family gaming keto life O Bar sietch life tabletop gaming