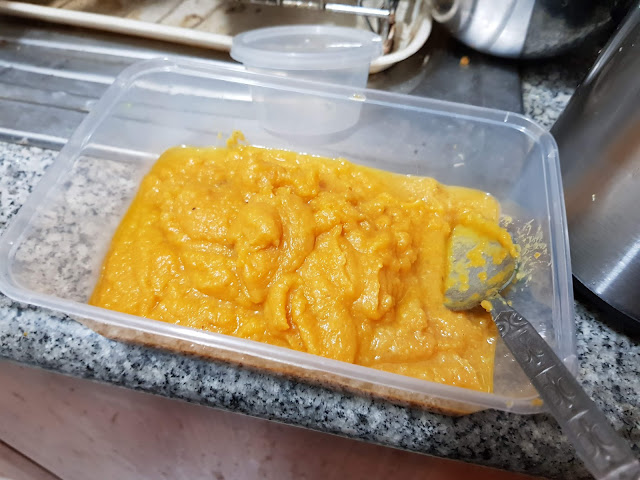 So tonight I cooked baby food for Mason, as the Chins are flying in tomorrow for want promises to be a busy one week trip. The trip is bookended by Mason's baptism and the reception for his baptism, which quirkily are two separate events.

My sister insisted that part of my duties as ninong included helping to prepare food for him to eat while he's in town. And thus before tonight's game session we had to swing by the grocery to pick up baby food supplies.

It was rather fascinating, admittedly. The process included preparing a salt-free stock, then boiling veggies in the stock, then running those veggies through a food processor to create mush. Tonight's preparations were color-based. So I ended with some green mush made of broccoli and spinach and lighter orange mush with carrots and sweet potato.

Apart from that I steamed some broccoli and chopped some celery as snacks - or more like edible teething things. I hope he enjoys! It was weird and unfamiliar and the resulting goo was odd haha. But it was quirkily fun.