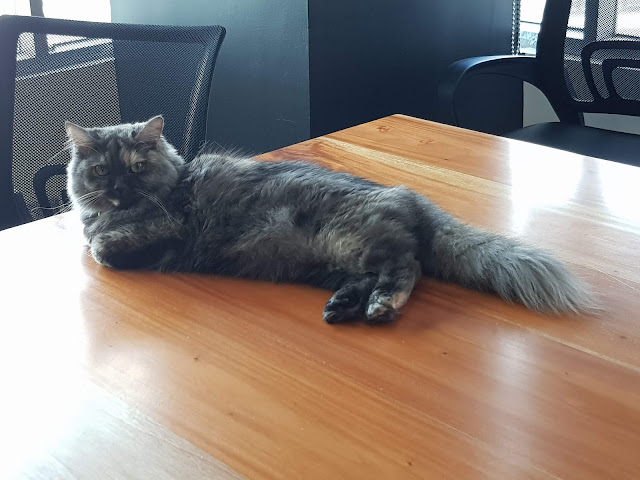 Hello, weekend! It feels like it took quite a while to get here, but what's more important is that we got all the way to the end. Congratulations, everyone!

We have a pretty full schedule this weekend as we're juggling both game sessions and even a planned O Bar night. It's going to be pretty tiring, but I'm sure it'll be worth it in the end. It definitely feels like we deserve a good weekend.

Next week is a holiday week but it's not a great holiday since it's right in the middle of the week. What's more annoying is that despite it being a holiday in both Singapore and the Philippines, Tobie and I won't get to spend the day together since his office practices offsetting mid-week holidays to either the start or the end of the week instead. So I'll be home alone on Wednesday and he'll be home alone on Friday. Kinda sucky, but those are the licks.

So yeah, this weekend is a lot more important because of the coming schedule dissonance.

Odd side note: just realized that May had been a busier month than I had thought. The weird indicator of this was the fact that we did not get to O Bar together even once this month. And it's not like we normally get to go weekly or anything given work and all that. But to not have gone even once is pretty weird.

But it makes sense given we had a lot of family stuff while my sister and family were in town followed by me joining them in Singapore for a week.

Regardless of what has come before or what looms ahead, the weekend is something to enjoy and maybe even cherish. I hope you all have a great time. I'm pretty sure we're going to have a good time. It's mainly just a feeling, but sometimes that's all you need to get the ball rolling.
family gaming O Bar queer life sietch life