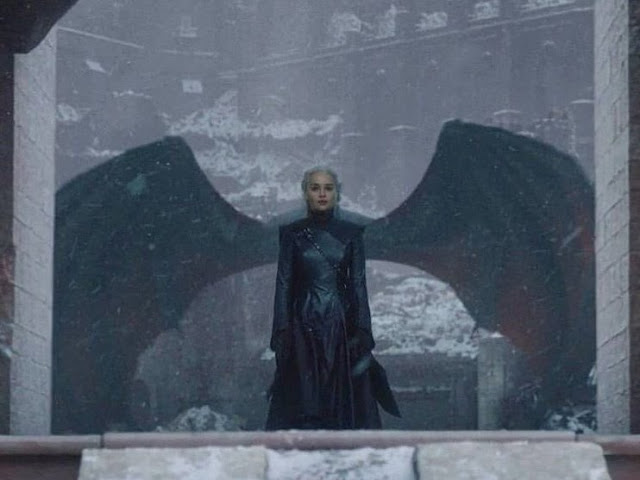 As far as series finales go, I suppose that the last episode of Game of Thrones followed the pattern established by the show across the past few years. By now everyone knows that most of the action tends to happen in the episodes right before the end and every season has ended on a largely introspective note as all the different players make their moves in preparation for the next chapter of the story.

There's a lot of analysis going into why this final season felt so unsatisfying to many fans so the show (including myself, admittedly), but on the whole it's still pretty impressive that we got as much show as we did in these modern times of genre television more typically ending before the showrunners get to finish telling their stories. While the how this story was brought to an end may feel off, at the very least at least we got a decent enough ending, even if the climax of the episode involved what was essentially a committee meeting. Westeros has one heck of a homeowner's association, if you catch my drift.

Now one can't help but wonder what the books are going to do in order to land this ending better. A lot of the criticism of the last seasons of the TV adaptation has largely been about almost idolizing the unwritten books that are expected to wrap up the series for real. Now that we may theoretically know at least the main plot points that the books may hit, will the books really be better? Or will things feel similarly unsatisfying once we hit that point?

George R.R. Martin would be mad to drag out this process even further than it has. Like if he decides that he needs 3 more books to wrap things up (for example), then it might be best that he release all those books at once instead of going through the usual book cycle. If he really is sticking to the same outline provided to the showrunners, then maybe we'll all feel better if we yank off that Band-Aid quickly instead of taking our time. It's going to hurt regardless - or at least that's how it all feels like to me.

I'll probably still read whatever books come out to support this franchise and then we'll see where things go from there. But I'm not keeping my hopes up.
books television