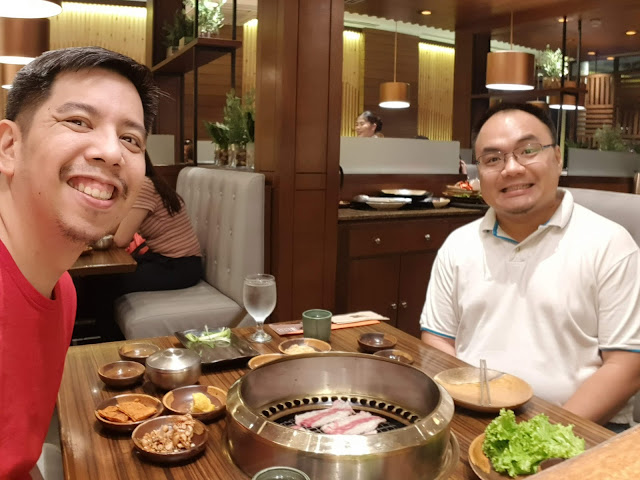 The question of when exactly to celebrate our anniversary is a slightly confusing one since life circumstances resulted in moving the date around, but it's not like we ever forget any of those important dates. There's NetRunner Night in February and Wheelie Day in March and our original anniversary in April, just a few days shy of Tobie's birthday.

I wasn't planning on anything too major for this year since it's not our actual anniversary anymore and Tobie was largely pre-occupied with launching his first official Kickstarter for his original tabletop RPG, but today circumstances opened up for at least dinner at one of the places we enjoy and have relatively keto-compliant options.

And in classic Tobie fashion, this dinner was a sneak attack of sorts. I had reminded him that we had been together for 10 years now as we made our way to the Globe store after work as I had to update my automatic debit arrangement with my replacement credit card. While I was busy fussing over the sadly disorganized customer service queue, Tobie said he'd look around the "iconic" store and had sneakily queued for a table at Sariwon nearby without me noticing.

And that's the past 10 years have been like, I suppose. A lot of silly dad jokes, weird attempts to surprise the other, silly races to see who can pay for the dinner bill first and lots and lots of cheesy gestures and celebrations of love.

In other words, Baduy Pride, as we like to say.
keto life queer life sietch life Tobie