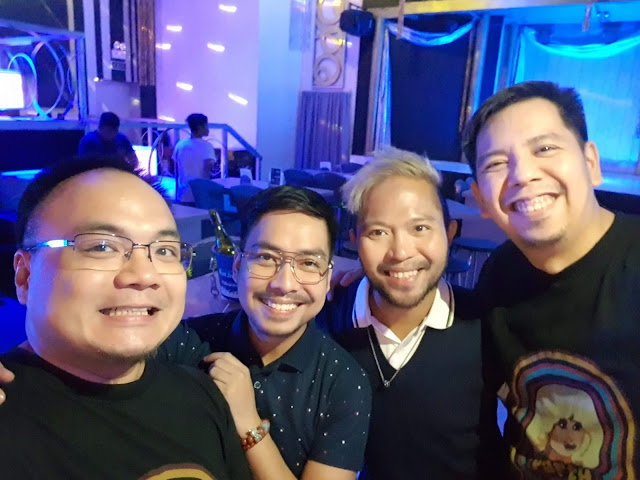 While I generally expected to have fun at O Bar as we marked Tobie's birthday this year, I was not prepared for how the night would actually go.

A number of good friends showed up and the little reunion was nice. Then for Tobie's birthday proper we ended up with two cakes on top of the usual blowing off candles while on stage.

Things for pretty crazy after that point and later we were on stage together with the O Divas. I was dancing like crazy. Tobie was still shy but not shy enough to not kiss me while we were up there. Those same good friends a took videos of our tomfoolery, for better or for worse.

After all that we managed to watch Avengers: Endgame despite being a bit hungover. Super great movie. Totally worth waking up for.
moving pictures O Bar queer life Tobie