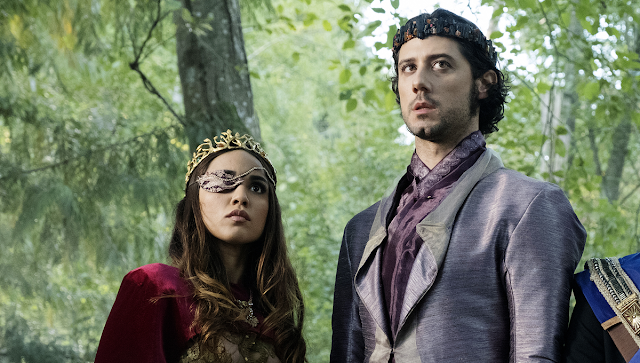 As I periodically try to find shows that I can watch on my own without waiting for Tobie, some time back I started watching The Magicians mainly because it was an iflix-exclusive and I continue to try to find reasons to justify why we still have iflix in this age of increasing competition between streaming services.

Between seasons 2 and 3, I rather fell in love with the show and realized a little late that it was not the sort of show that I could enjoy alone. Instead, it's something that deserves to be among other shows that Tobie and I get to share. I ran into the same problem with The Expanse - it happens every now and then.

So we've been working on getting him caught up on these two shows and I am really appreciating diving back into The Magicians. We're reconnected at the third season, which is when the show really takes off and they do some pretty creative things with their writing and how they dive into more conceptually creative episodes.

I haven't seen the fourth season as it feels best to wait for Tobie so we can watch together. In the meantime, I'm re-enjoying season three - in particular the joys of Eliot and Margo being themselves. Seriously, I love how they first look like the stereotypical cool kids but at the end of the day, they're still super nerds.

A lot of what makes the show so enjoyable is how the characters often behave like player characters would in a tabletop RPG. And I'm not talking about a silly stereotypical story of the players running away from the GM's plot. Instead it's the sort of game that Tobie and I get to enjoy with friends and what takes up so much of our free time on weekends. And the resulting story is quite delightful.

I've only started reading the books recently and I'm not as enthusiastic about them as I am the series. It's funny how the show is different enough from how the books approached things but still manages to hit the same plot points. But the way they've gone about exploring the same adventure has been very novel and creative and just so darn good. Really fun stuff.