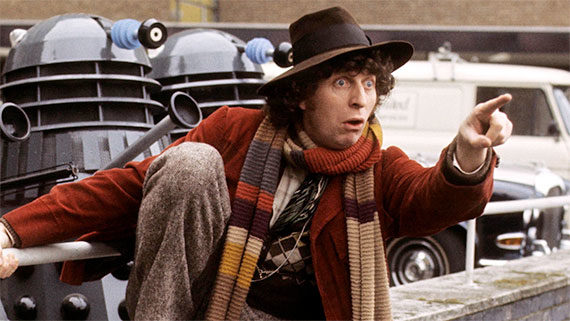 I'm in the mostly done listening to the Audible edition of Big Finish's Doctor Who - The Lost Stories - The Fourth Doctor Box Set, which is a collection of two original stories performed by a full cast that includes Tom Baker and Louise Jameson reprising their roles as the fourth incarnation of the Doctor and his companion Leela respectively. They're two pretty solid adventures and quite a lot of fun and give one a great sense for how their adventures would go while they were still on TV.

Admittedly I have not had a chance to make more progress with my efforts to watch all available episode of the Classic era of Doctor Who as I'm still early in the First Doctor era. Thus I haven't had the chance to watch any of the episodes of Tom Baker's run on the show, which is quite the shame. And listening to the audio adventures really stress the unique dynamic he had both as the Doctor and in contrast with the likes of Leela.

I can see now that a lot of what I've enjoyed in the likes of the Tenth Doctor David Tennant or the Twelfth Doctor Peter Capaldi may have roots in how Tom Baker had interpreted the character during his time in the TARDIS. And all the more that both reinforces my love for this franchise and encourages me to resume efforts to explore and appreciate the Doctors that had come before.

Big Finish has certainly done the world a great service by creating these unique entertainment experiences that give new life to now classic science fiction heroes and make them more accessible to newer audiences.
books Doctor Who television