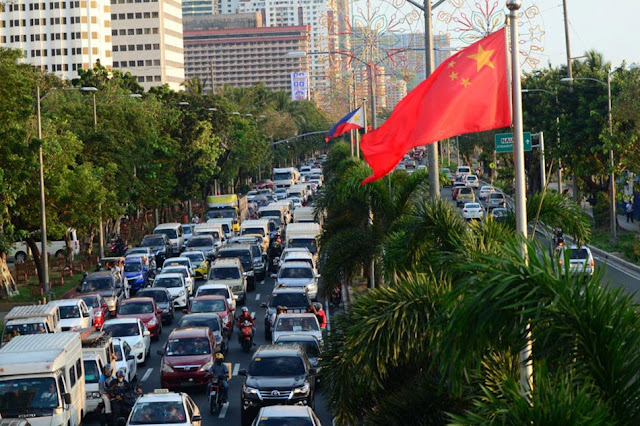 So the 2-day China State visit is turning out to be even more of a headache than some of the past ASEAN events given unannounced road closures being conducted to accommodate the movement of the Chinese delegation. Earlier in the day it crippled traffic around the airport, inevitably causing people to miss their own flights in favor of providing smooth traffic flow for the Chinese president. Then again tonight pretty much the stretch of 5th Avenue in BGC through to Lawton in the McKinley area for quite a lengthy period of time while waiting for the China group to make their way to the Shangri-La at the Fort.

I think I would sort of understand directing traffic away while the delegation would be moving through or even reserving a single lane or their use or something. But instead they've closed entire streets and avenues just for China, which brings to mind Duterte's now ironic complaints about how the Pope's visit to the country inconvenienced Metro Manila the whole time. But here we are making even worse traffic arrangements for China, which in itself sends an odd message to everyone.

Oh this country. I'm glad that we live close enough such that we can just walk to and from work. Getting stuck in the traffic situation earlier would have been quite the nightmare based on what we saw during the trek home.
inner ramblings stop the presses