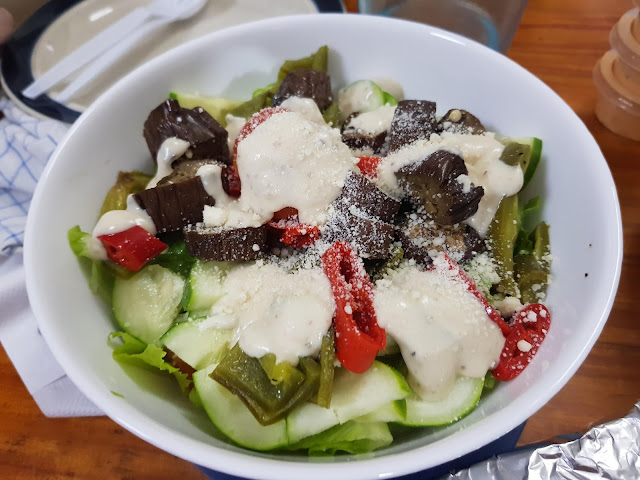 The trip home was largely uneventful  until I arrived at Manila. Changi was as efficient as ever and I got lucky upon arriving at NAIA Terminal 3 since I was first in line for the new Immigration e-gates. It still took quite a while before my luggage was unloaded from the plane and from then it was a moderate wait to get a Grab.

The traffic going home was horrible. I really should have followed the recommendation of the driver to take NAIAX but I had underestimated how bad it would be. I think the drive home was almost half as long as the flight home - which really says a lot about Metro Manila traffic.

But now I'm happily home and got to the Sietch only a few minutes before Tobie got home from work. Was too tired to cook so we just ordered from Uncle Moe's and augmented dinner with a hearty salad by Tobie. And now that we're together we're finally watching the new She-Ra cartoon.
food adventures run the world sietch life Tobie