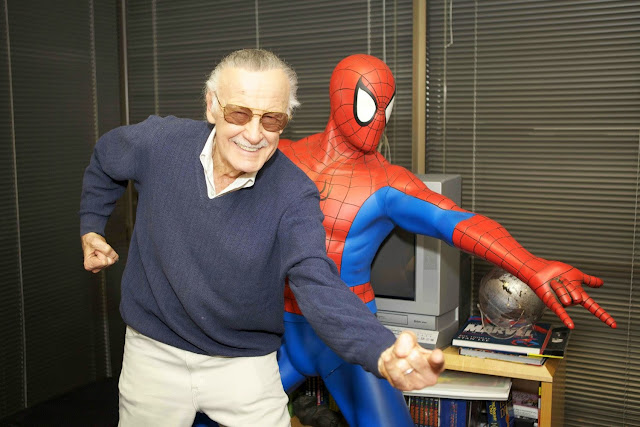 On November 12 it was confirmed that Marvel Comics legend Stan Lee had passed away at the age of 95. The man is largely responsible for some of the most memorable comic book characters out there but I am most thankful for Spider-Man.

Spider-Man was my first comic book superhero. And how could he not be cool? He was a science nerd who gained amazing super powers and committed to use them for the good of mankind. He felt a lot more real than most other superheroes since he had to figure out how to save New York City while trying to make it in time for a doctor's appointment for his Aunt May and other real world problems. He was amazing and spectacular but he was also very much a man - heck for the most part he was pretty much just a boy, a teenager doing his best to protect those he loved.

And that's really Stan Lee's legacy for us comic book fans. Instead of more superheroes with out of this world powers and no real life outside being heroes, he created characters that were a lot more grounded in familiar concepts like how the Fantastic Four was a family and how Spider-Man was a kid trying to do his best. The X-Men were outcasts rejected by society like many different minorities today and the list goes on and on.

Stan Lee helped elevate superhero comics by keep his heroes grounded. He inspired generations of new comic book stories that kept coming back to real life for inspiration. Like the best science fiction stories that used far-off worlds to present humanity with a mirror of our behavior, so did Marvel Comics use these fantastical characters to inspire us to live better lives and not repeat the mistakes of the world at large.

Thank you, Stan. Thank you being you. Excelsior!
comics deaths Spider-Man stop the presses