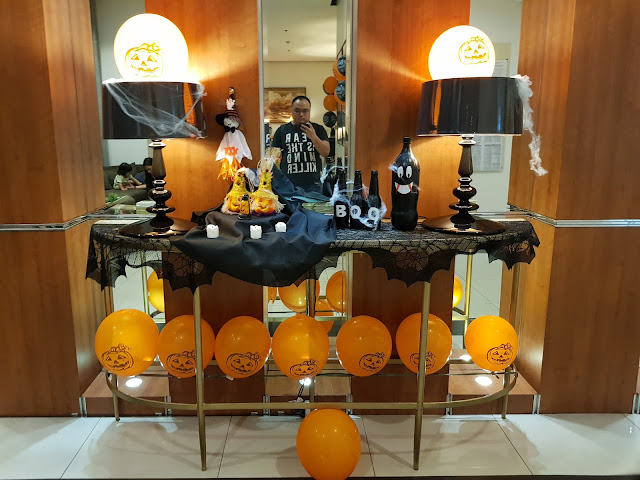 This year Halloween landed on a Wednesday, which is not a great day for partying. And thus most establishments held their Halloween celebrations over the weekend prior instead of forcing something mid-week.

You may argue that well the following day is a holiday so any Wednesday night celebrations might still work, but November 1 is one of those major holidays that tends to be a serious day of obligation for family and/or religious activities. And thus more people tend to be forced to go home to their respective provinces out of sheer obligation and to do so while hungover would not be particularly fun.

A mid-week Halloween is sort of like a midweek birthday that becomes less festive because you can't quite expect people to be able to join you to celebrate things properly. And thus you default to the weekend before or after as we all jobs and other real life obligations to deal with. Such is the grindstone of life at times.