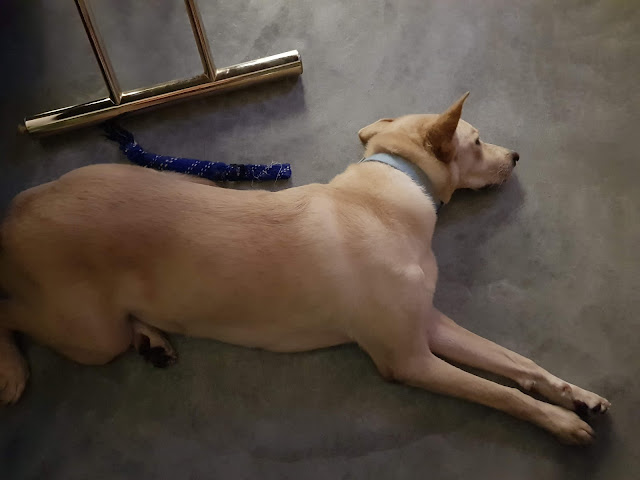 The past week in Singapore has had largely rainy nights which has put a damper on a number of plans. I'm hoping the weekend will not be dreary as we would like to do more than orbit the baby during this trip, but we'll see.

Given all that, I've been trying to play games on my computer while here as a digital substitute for enjoying our many, many board games back at the Sietch. It's funny that my PC games get the most mileage when Tobie and I are apart as our offline activities are far more interesting when we're together. Yesterday I struggled to get through a few games of the PC version of Sentinels of the Multiverse, which in turn makes me thankful for not purchasing the physical game. Tonight I actually dusted off Diablo III in time for the new Season and have a new character up to level 33 at least.

But for the rest of the night I might just end up reading in bed or something. It's kind of a lazy day.

Tomorrow my brother and I will catch the touring group for Kinky Boots at Marina Bay Sands, which should be a lot of fun. As much as I enjoyed the Atlantis staging in Manila, I am curious to see how things would go with a bigger budget group. I do wish more of the family could go but it's really not one of those times, I suppose.

I hope you all have a great weekend as well.
all the world's a stage computer gaming cultural victory Diablo family gaming run the world