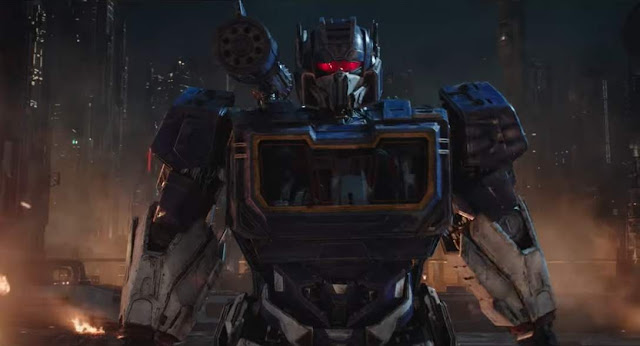 There's a fair amount of excitement in the Transformers fandom for the latest trailer for Bumblebee because of several G1-style looking incarnations of popular characters like Soundwave and Shockwave. But I have to admit that I'm not quite jumping onto the bandwagon just yet given how the past five live-action Transformers movies have repeatedly disappointed me with their Michael Bay monstrosities. Sure, it's a different director handling this movie but it still feels like more of the same. All the scenes that show G1-style characters are clearly in the same time-place set on Cybertron in the past and so why should I buy into these characters possibly playing a role in the main story, which will more or less take place in the present, as is the way of these things.

Once upon a time there was nothing that I wanted more for a live-action Transformers movie. And we got that but not quite what we had hoped but it was still pretty good. But then Michael Bay doubled down on playing with the franchise with subsequent releases and things just got messier and messier and more unrecognizable. And by now I'm pretty jaded about all of these movies because what chance will there be of getting a decent celebration of the G1 characters that I grew up with as that's not what will necessarily sell tickets for people.

But I have to admit, it was pretty cool seeing Soundwave send out Ravage in the trailer. If only he'd get more screen time than what was presented in the trailer. I don't exactly have my hopes up just yet.
inner ramblings moving pictures Transformers