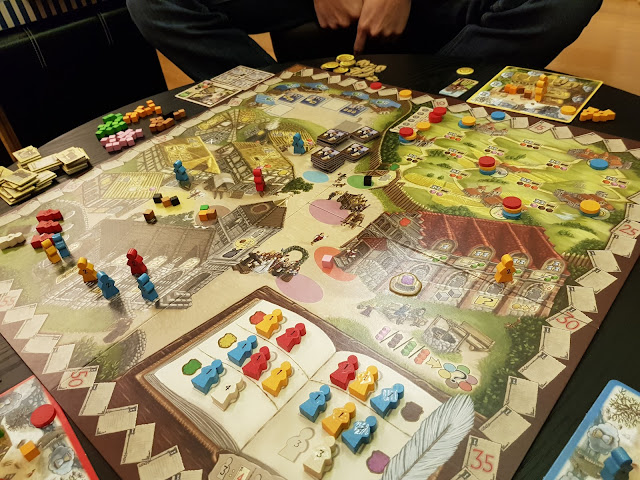 I had tuned in to Gaming Library's weekly Facebook live video after work and the topic for the week was how to deal with gaming fatigue. Some folks were chiming in the comments about their thoughts on the matter, but that just had me wondering to myself:

What the heck is gaming fatigue?

I don't want to sound too arrogant here but I feel bad for any gamer who reaches a point in their gaming life where he feels tired of gaming. That feels like they were saddled with either bad games or bad players. I know this happens here and there and over time I've learned that the best way to deal with problems of this nature is to first stop playing with people you don't enjoy gaming with.

Tabletop gaming is a hobby that requires a lot of time and effort. It also requires that you invest social capital in dealing with people, and I know there are a lot of people who subscribe to the internet's notion of introverts here people have like social batteries and need to recharge from time to time. All these are reasons as to why you shouldn't feel obligated to play with people who don't follow the rules or are generally not fun to game with. They're never worth your time and shouldn't ruin your gaming time.

I know Tobie and I are lucky to share this hobby so we don't have any complications at home when it comes to the games that we buy or the time spent gaming. We even get to squeeze in a game or two during the work week despite being tired from our respective jobs. And so "fatigue" is not something we feel when it comes to gaming. There may be a player that we feel is tiring to play with but such situations are quickly rectified. And it's a shame that more people don't realize this is an option and continue to play with "bad" games until the point that their love for the hobby wanes, thus resulting in fatigue. One should never feel that way about something they love.
gaming inner ramblings tabletop gaming