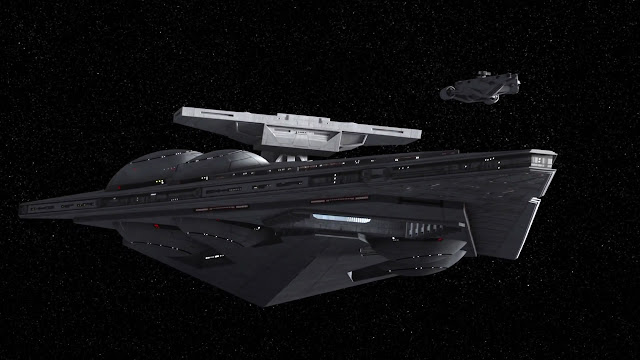 Keto Update: Feeling kind of tired at the end of my work day. That's partially because it was quite busy at work, but I think it's also keto-related, in a sense. I fell behind on my water intake goals and I think that contributed to me feeling more drained than usual. Plus today's meals included a fair amount of coconut flour derived pastries and the fiber from there had me in the bathroom more than normal, which I'm sure contributed to somewhat dehydration. I'm working on getting my body back to a better place now that we're home and I'm feeling better after tonight's dinner.

Beyond that, I'm still pondering what sort of a fleet I want to assemble for Star Wars: Armada given the sheer diversity of options available. After watching a few YouTube videos on possible ship roles and possible strategies, I'm oddly leaning thematic and wanting to create something that is a bit of an homage to Star Wars: Rebels by including ships like the Interdictor or even the Arquitens Light Cruiser and see what comes out. I still don't have the Chimaera for the full Admiral Thrawn routine but I do have some solid ideas for how to take advantage of the Interdictor was sort of the central ship with some smaller supporting ships and squadrons.

I really should just throw caution to the wind and start running the numbers and put together some actual fleets to see how things go.
food adventures gaming health keto life Star Wars tabletop gaming