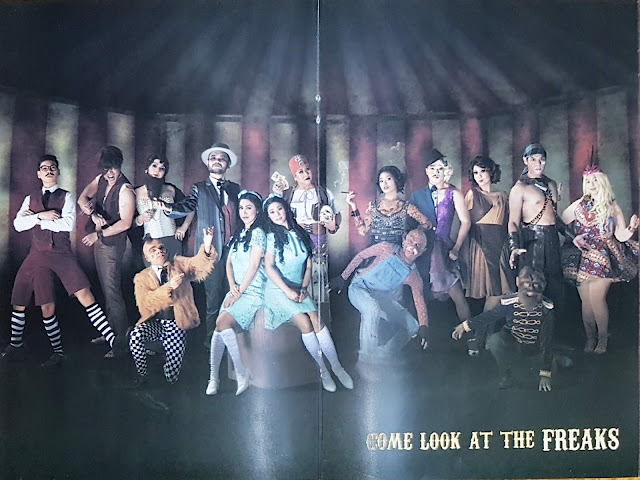 Today we watched the Atlantis staging of Side Show, a less familiar musical about a bunch of circus freaks. The story was a little all over the place but the actual performances were pretty topnotch. It made for quite the pleasant afternoon despite our lack of sleep from gaming the night before. The theater season is wrapping up for the year and we're in the last push of various musicals (whereas the start of the year was mostly straight plays for us).

For added indulgence, we ended up finally catching tea time at the nearby branch of TWG and it was a nice bit of fun. Those smoked salmon sandwiches were lovely and naturally the macarons made a nice end to the meal.

It has been a good Sunday.


all the world's a stage cultural victory food adventures Tobie