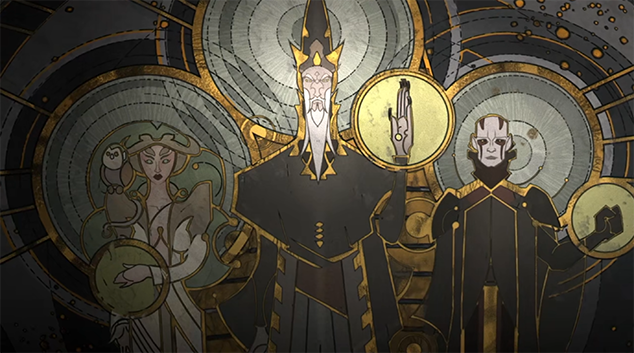 I've reached that point in my re-watching of Star Wars: The Clone Wars that covers the Mortis Trilogy of episodes that featured the highly unusual Force users the Father, the Daughter, and the Son. It's one of the key story arcs in the series and one that Dave Filoni referenced once more in Star Wars: Rebels with the World Between Worlds.

As much as my re-watch of Star Wars: The Clone Wars has largely been a "solo project" of sorts when it comes to shows we watch, I wanted to re-watch these particular episodes with Tobie so we could appreciate it together. I had also roped him into watching the final story arc of Star Wars Rebels and the imagery of the three had been such a key moment in the series. Having seen it again, I think I have a better appreciation for the story arc now versus before but I don't fully get it either. It was obviously meant to be a foreshadowing of Anakin's darker future as Darth Vader and yet it always felt like more.

The role of the Chosen One was a big deal in the prequel trilogy with the whole prophecy about someone who would bring balance to the Force. I don't think that sense of balance was ever fully explained within the main movies and I don't foresee the new ones ever fully explaining it either. The answer we have now is that Anakin fulfilled his role by killing the Emperor and ending the Sith, but that feels a little off to me. But hey, I guess it was just Balance to the Force for a Moment and not an end of the Dark Side forever.