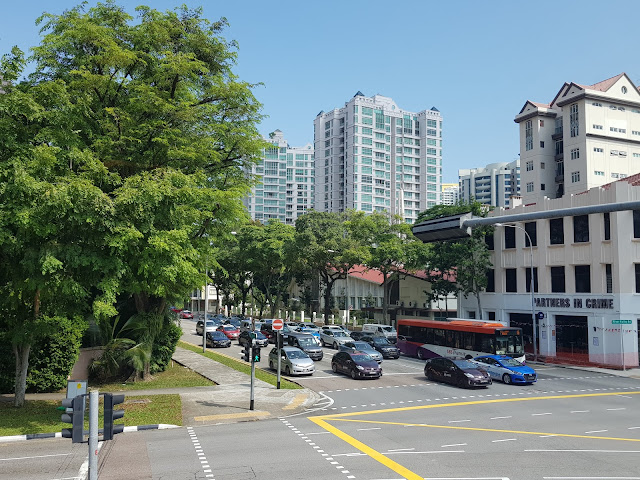 My stay in Singapore has been pretty sunny thus far, which is a welcome respite from the dreary monsoon rains that have been making life in Metro Manila more of a struggle than it already is. But I read that things are turning around again with things being more overcast than rainy over there, so that's good.

Today felt like mostly catch-up for being out for meetings most of yesterday, but it was productive for the most part. The new office looks great and I've gotten way too much of a kick out of the combination sink/toilet units that we use to somewhat help save water. They're genius I tell you, sheer genius.

I've also mapped out my travel route to get to geekier haunts like Paradigm Infinitum and Books Kinokuniya so I'll be taking the bus tomorrow. It's just out of walking range but definitely too near to take a cab or Uber Grab (which had been my strategy before), so I finally looked up the bus routes and feel a little silly for not doing this sooner. It's just a few stops and a mere $0.77 to get there and the bus coming from the office stops right in front of the Paradigm Infinitum building haha. Going home I'll need to cross a few streets but that's a minor price to may and more chances to walk my Pokemon while here.

I was worried that my train card wouldn't be valid anymore but a little research confirmed that the train cards are now reloadable cash cards and I found out there's an app you can download to read your own card balance via NFC AND even reload the card as needed! I love this efficiency! Who wants to bother with a top up station at the train, right?

This country for all its quirks is still a pretty amazing place.
run the world work