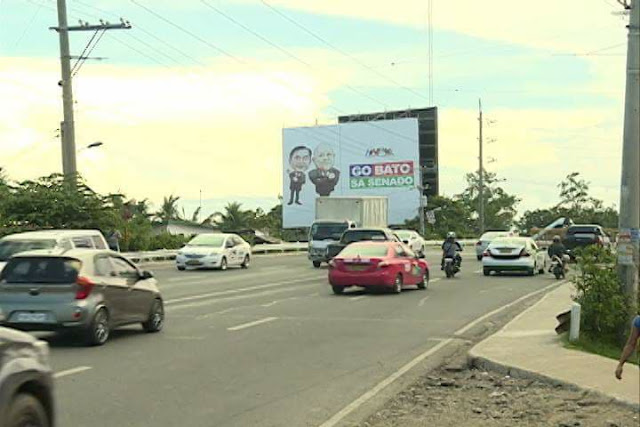 The lack of rules on early campaigning before the actual election period is not just an expression of free speech as the Supreme Court had ruled but in truth it is an insult to the Filipino people and something that invalidates all the regulations related to controlling spending during the official campaign period. What's the point of trying to level the playing field by imposing campaign spending limits when in the months before the campaign period politicians are able to spend as much as they want and not report such spending to the COMELEC? The prevalence of posters promoting the potential senatorial campaigns of special assistant to the President Bong Go and former police chief Ronald dela Bato.

What adds insult to injury is how Bong Go repeatedly states that he has no plans of running for Senator and yet the various billboards, posters, and tarps go up all around the country as if there's some public clamour for him to run despite the fact that we know little about what he does apart from taking creepy selfies of himself with public figures in the background (and not even with their explicit permission). But because of the fact that he and Bato has been very close (and unwaveringly loyal) to the President, that seems to be enough to build a possible political career around.

So as if our usual crop of billboards aren't eyesores enough, now we have the disturbing sight of all these clearly politically posters pretty much everywhere these days and the period for formally filing candidacy hasn't even happened yet.
inner ramblings stop the presses