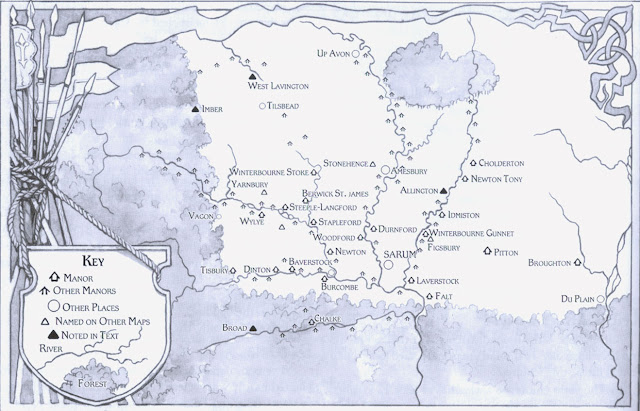 We're many hours into today's Pendragon RPG session and my character has had a harrowing experience in the Forest Sauvage. As much as I'm somewhat familiar with dealing with the rules of the fae because of games like Changeling, it's never quite enough to prepare you for every situation. Plus the tone of the Pendragon game is a lot more grim with death a significant possibility at every turn.

Our little "Brotherhood of the Bear" is not at all what it used to be given two players are playing new characters after their prior ones died out. It's one of the quirks of the game that players can die mid-campaign. This all reflects why the dark ages were indeed dark before the likes of King Arthur could ascend to take the throne of Britain.

We've survived this foray into those enchanted woods but I doubt we'll do so well the next time. As the forest threatens to grow across Britain and spread its malignance, my character is feeling pretty stressed and some degree traumatized. And we have quite a way to go before Arthur potentially turns things around, only to have Camelot fall into decline much later.

Such is the joy of playing through the Great Pendragon Campaign.
gaming tabletop gaming