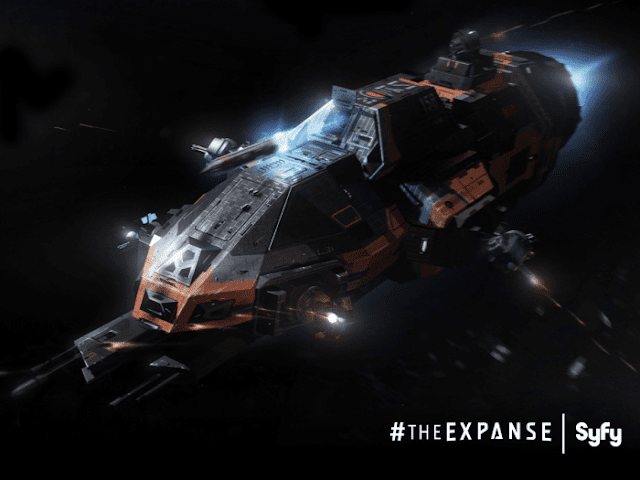 Recently I've been focusing on watching the more recent seasons of The Expanse as the show just narrowly escaped cancellation thanks to Amazon. I ended needing to re-watch the first season to help me understand things well enough to dive into the second and third seasons. Thankfully it's still on Netflix but I imagine the future seasons will become Amazon exclusives, which is rather annoying. But we'll see how that goes.

I'm rather enjoying the show but it definitely feels more hard sci-fi, if you get my drift. It's feels like a great adaptation of a written work, but I can't speak for accuracy since I haven't read the books yet. But it's not the sort of series that potentially has a wider audience reach like Battlestar Galactica. So I can see why it was on the brink of cancellation as it's a lot to cope with in a manner that is quite different from the likes of Game of Thrones. While it also has an epic story, stories in a strange future can be harder to grasp than a fantasy version of a medieval world.

Now watching the show does make me want to read the books, but that has me lamenting the size of my current reading queue. I try to organize things into themes with the main lines being The Dresden Files, Star Wars, and Battletech. I alternate them with books I've been given free copies of for review purposes. Admittedly I still load in more of the books that I enjoy versus the review books because when I'm not excited about a story it takes me longer to read the book, in my experience.

That leaves other major story arcs in queue for future reading which includes the books of The Expanse, the Culture series and the books of Brandon Sanderson. I'm hoping to at least wrap up The Dresden Files as best as I can (as more books are still being written) before I add another line into the mix of things. It's a lot to manage and this is mainly my electronic queue that doesn't factor in all the physical books still waiting for attention.