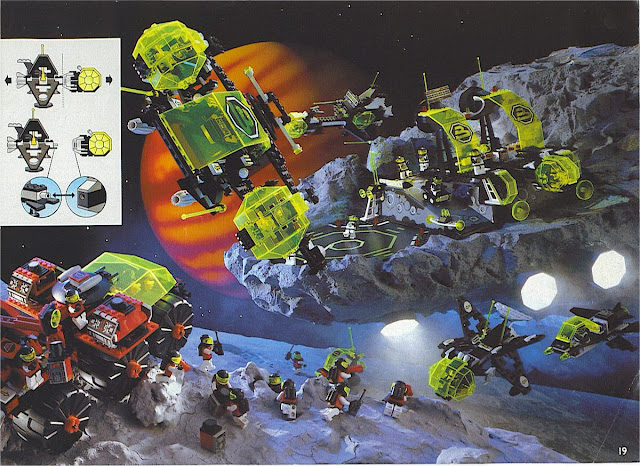 As a kid I was lucky to grow up with a few LEGO sets thanks to my parents. LEGO wasn't and still isn't exactly cheap but despite that I received a few boxes as gifts growing up and they remain some of my most prized toys in my collection. I still have most of the components for the Alpha Centauri Outpost 6988 and I have a complete Blacktron Alienator 6876. My M-Tron Stellar Recon Voyager 6956 has seen better days. I think I have most of the Ice Planet Deep Freeze Defender 6973 and an odd part of the collection is most of an Aquanaut Crystal Explorer Sub 6175. Obviously I most fell in love with the LEGO Space line.

But this mostly recovered collection that sits in a giant plastic bin is pretty much one that is frozen in time. I have deliberately avoided buying new LEGO sets since then apart from the occasional gift. The furthest I got was investing in the LEGO Dimensions video game toyline, which at the time felt like a great compromise for expanding my LEGO collection without committing to full-sized sets. Sadly LEGO Dimensions shut down silently last year and that avenue for LEGO expansion has closed entirely to me.

But every time I see LEGO sets go on sale, I can't help but want to start collecting again. I stopped well before all the franchise lines and so I never got into the LEGO Star Wars figures and all the cool sets after. Even the main City and Space lines still seem pretty awesome and totally worth collecting if I ever bothered to go out and search for them again.

But collecting is one thing - really playing with the sets and somehow displaying them are very remote possibilities. I haven't even opened up all of the playkits for my LEGO Dimensions toys so what makes me think I could possibly get back into full sets? And where would I put them?

But I really do miss building.
LEGO sietch life toys