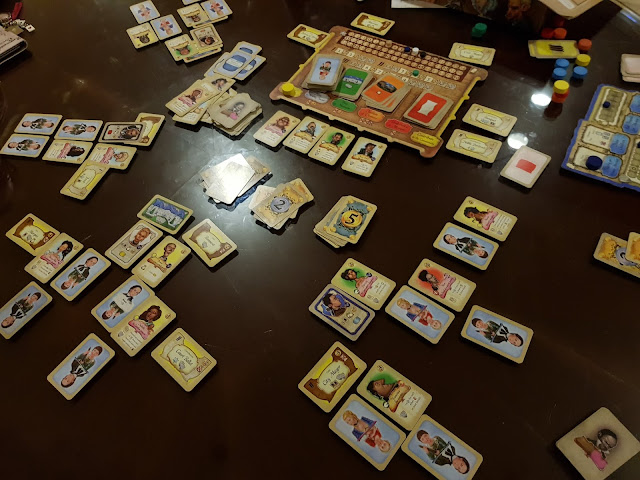 Last night was our monthly RPG 7th Sea game under Flip, one of the few games that I play in that does not involve Tobie as GM. The group mostly consists of friends we game with in other games but the change in who directs the story adds some variety to things.

Then we played a few board games until the time for Tobie's podcast came along. He was guest for a podcast that discussed Wuxia as a story genre and as a gaming theme. We ended up staying up way longer than is probably healthy but it was worth the added exposure for Tobie and his game projects.

And now we're at a birthday board game night that will last until sunrise. This is certainly an enjoyable long weekend.