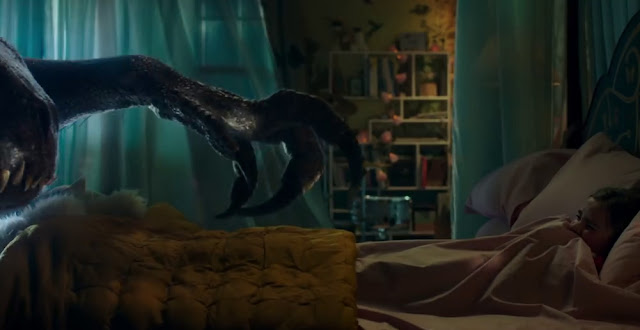 I was initially worried that I wouldn't be able to fully enjoy the weekend given me feeling rather under the weather in recent days. But extensive over the counter medication plus the fact that we didn't really leave the Sietch much helped contribute to a great weekend.

Friday night we still managed to catch Jurassic World: Fallen Kingdom after work and despite the rain. We also discovered how good Va Bene Pasta Deli is despite how I often underestimate Italian resutarants.  Definitely worth repeating. We capped the night with the disappointing latest episode of RuPaul's Drag Race and that was it.

Saturday we enjoyed the cold and stayed in and managed to watch the Sense8 finale before guests arrived for our Pendragon game in the afternoon. That lasted much longer than I had expected and thankfully I survived to the end of the session, albeit with a power nap right before the game after having taken my meds. I still haven't recovered my son from faerie and it's very likely I may not escape their lands in the next session. We'll see how things will develop.

Today we still stayed in and only walked over to the Coffee Project next door for brunch right before a board game session. We only really played two games - one being the competitive legacy game Seafall (as part of an on-going campaign) and the other being our last Exit: The Game copy on hand - this being the Polar Station. Both games were a lot of fun and I think it's safe to say everyone enjoyed.

Work looms ahead and I'll probably still be on meds as I get to work. The weather is still pleasantly cool but it seems things are turning around and we should have less rain to deal with tomorrow - at least in theory. We'll see what the day brings.
gaming health moving pictures sietch life tabletop gaming television