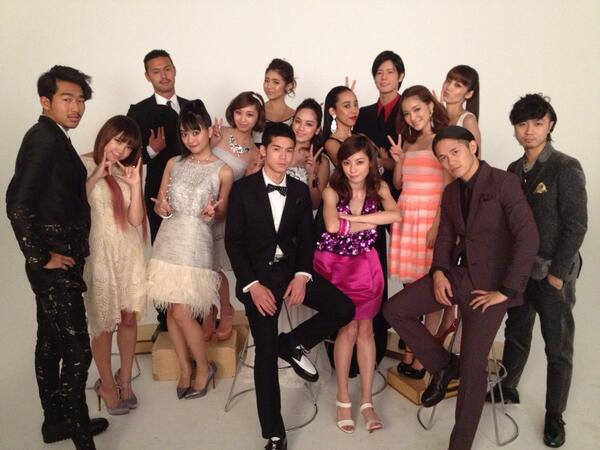 So one thing led to another and Tobie and I somehow fell into the Terrace House trap because of Netflix and what an pop culture phenomenon it had become. I knew it had become something that we needed to legitimately investigate after the now-defunct PBS Idea Channel aired a video dedicated to the show. And thus we started watching Terrace House: Boys x Girls Next Door and were initially confused at this often silent show featuring very polite young men and women and another set of hosts who for some reason were also watching the show and providing commentary.

But before we realized it we were hooked and we watched the show all the way to the end of its run. We eventually watched Terrace House: Aloha State, the follow-up series and still enjoyed it even if it didn't feel quite as great as the prior series.

After the end of Aloha State there was a bit of a delay before they confirmed the next Terrace House series. And so in that time I end up trying to research the original season that was Japan-only - Terrace House Boys x Girls Next Door. It wasn't easy to source the episodes outside of Japan but we now at least have the first three seasons with the next three in the process of being downloaded. There's still the seventh and eighth seasons that continue to elude my grasp along with the supposed movie that exists that fully wraps up that first edition.

Watching this first series has been quite fascinating because it stsarts out really raw. The basic format was already there but one of my favorite parts of the show, the hosts, was not in place when the show began. So it became really fascinating to watch how this segment of people who also watch the show that we can also watch and relate to expanded from You introducing the show while being driven around the city in a Toyota SUV to Reina Triendl joining her in the editing room and then eventually a whole panel of 3 guys and 3 girls (just like the Terrace House residents) acting as hosts. The progression is fascinating and I'm glad that this became part of the show.

This is definitely one of our stranger interests but I have no regrets. And I'm glad this is something I can share with Tobie.