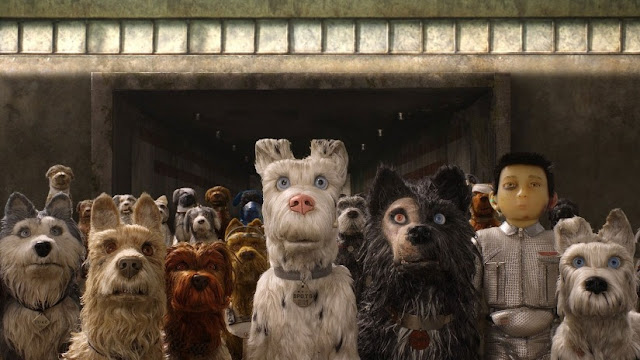 So Isle of Dogs is finally showing locally and it seems that (1) Ayala Cinemas has the exclusive distribution rights (or no one else wanted it) and (2) only 5 of their cinemas within all of Metro Manila are showing it on opening day. As there are still theaters showing big blockbusters like Avengers: Infinity War, Deadpool 2, and Solo: A Star Wars Story still showing, I wasn't expecting a big release for this movie. but I wasn't such a limited run. I guess we don't have enough Wes Anderson fans among cinema operators or something.

So we're going to watch the movie tonight one way or another. I've booked tickets at the closest theater that is showing the movie, which unfortunately is Market! Market, probably my least favorite cinema in BGC, but beggars can't be choosers I suppose.

I know it feels "wrong" to lament this as local indpendent movies face this struggle all the time and people will argue that I should care about those movies first before thinking about these well-support foreign commercial ventures. But hey, we can care about both cases, right? I can feel bad about both local and foreign movies with less mass audience appeal not getting their time in cinemas. And that's exactly what I feel like now.

And this isn't easy. Work life makes it hard to watch movies mid-week, which is precisely when cinema operators look to see early trending to help them decide whether or not the movie should continue on into another week or even just into the weekend. These are the same sort of decisions that left movies like Crash with a ridiculously short run in local cinemas only for the movie to win the Oscar for Best Picture a few months later. Whether local or foreign, cinemas are not friendly towards the arts and focus a lot more on being strictly commercial ventures.

I miss when Glorietta had a designated theater for art films. It wasn't much but for while it was around it represented a promise that they would dedicate space for movies with a smaller following but possibly more artistic value. That promise disappeared some time back and now it's all just business.