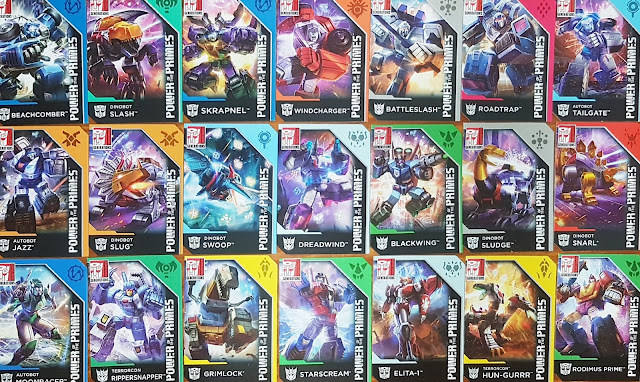 So I spent a better part of the day unboxing relatively recent Transformers purchases and it certainly made for an entertaining afternoon. My purchases throughout the year tend to pile up and its good to clear the "queue" every now and then. Ever since we mapped out the move to BGC at the end of 2016 I've been unable to keep up with my usual goal of having unboxed and photographed all my Transformers acquisitions within the same calendar year of purchase. So I'm trying to keep better pace with my new robots this year, especially since we're truly settled in now.

This line of figures is interestins since it has finally brought back the Dinobots and some other obscure legacy characters. As much as the Generations line was designed from the start to be a collector-centric line, they've been on a major nostalgia train starting from Combiner Wars to Titans Return and now Power of the Primes. Bringing back the gestalts was already awesome as who doesn't love a giant combining robot right? Titans Return brought back a new form of Headmasters. Power of the Primes is an odd duck since it's milking out the last of the fun from the G1 line by paying homage to Pretenders, reviving the Dinobots and fleshing out a few more combiners with more unique builds.

I don't know what they'll try next after this line. We're pretty much up to the edge of the G1 concepts so what else is there? But whatever it is, I am pretty sure it'll still be fun.
sietch life Transformers