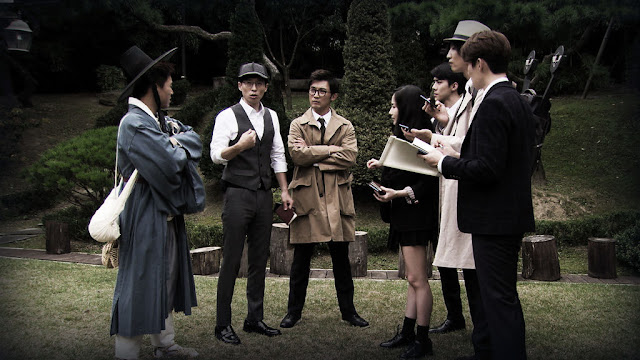 So we tried watching the South Korean Netflix show Busted over dinner and what I had thought to be some casual viewing turned into a rather involving feature-length episode of what they describe to be a detective variety show. There's a mystery and everyone seems to be both portraying a role and playing the game. As they follow the clues they travel around the city, interview quirky characters and deal with various game show style obstacles that can be major brain teasers or ridiculous physical challenges. I didn't quite understand how it would work but it does or at least it works for me and Tobie.

To be fair, we super got into The Genius for a time. That was another South Korea reality TV series that again needed people to be smart - but not just book smart. It was a social experiment in itself that had people needing to figure out how to not just play the games but also play the other players as needed in order to move forward in the game. That was a little more closed room, so to speak, as the whole thing took place on their set. Busted has the players in the wild and more or less seemingly free to go around anywhere they think might help the case.

What is it with the South Koreans and their TV shows? We know the Japanese to be crazy but since when were South Koreans super clever? Clearly I am late to this train of awesome.
gaming inner ramblings television