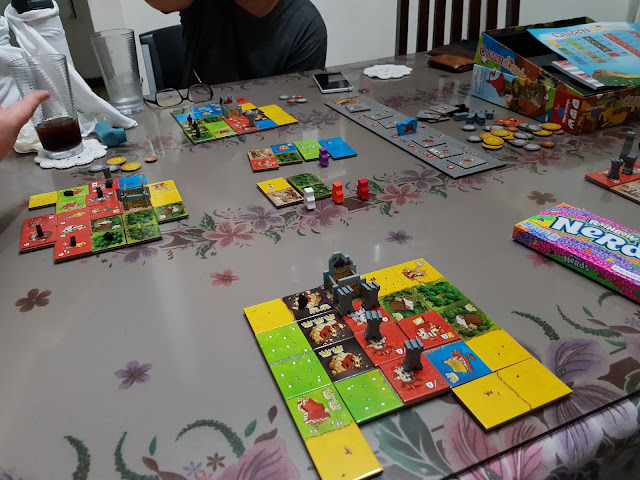 This weekend has been a weird mix of busy and chill, which is a little tricky to wrap my head around. We had games scheduled for Friday night and Saturday night but that oddly left us with a lot of free time on Saturday and an oddly early end to our Saturday game night due to natural attrition, in a manner of speaking. Tobie and I got home much earlier than usual with respect to game nights and ended up platying more games on our own to make the most of things.

Today we had anticipated possible Mother's Day plans and had left most of the calendar free but in the end we ended up watching the first few episodes of Breaking Bad Season 5 while I unboxed Transformers and Tobie got more game writing done. The heat has been crazy and we had actually slept with the AC on for a change but the heat is still winning in the long run. Don't you just wish that summer would end a heck of a lot sooner? Bugger that.

And now the heat has knocked Tobie out and I feel like I could use a nap as well. We'll see how things go. As much as this weekend could have been busier, I think the natural slow down is a nice change of pace as we both are clearly in need of rest.
gaming sietch life tabletop gaming television Tobie