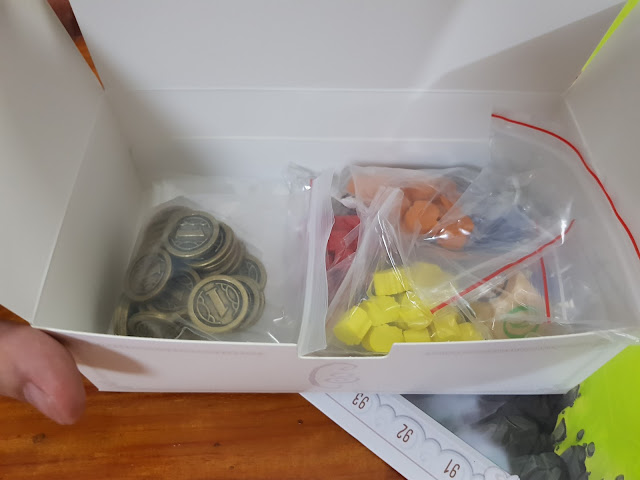 In recent years we've had the joy of experiencing a new genre of tabletop games - what we now refer to as Legacy games. Starting with Risk Legacy, these games involve a sort of limited play mechanic that means over the course of your game sessions you make permanent changes to the game including adding stickers, naming things and even destroying game components.

Pandemic Legacy upped the bar by adding a nice rich narrative to the game experience on top of the traditional play. And this became the initial direction to these games - adding a legacy mechanic to an existing game.

Today we played Charterstone, a new Legacy game for an original IP. This one has us as players essentially setting up a worker placement game using the legacy format. It also has a narrative that is pretty light so far but on the whole it's proving to be a lot of fun.

And now we're in the middle of a session of Seafall, yet another Legacy game that is trying to tell an original story in a somewhat pirate-like setting. This is a more competitive game that I'm sure will get pretty cutthroat over time but it seems promising.

Some feel these games are a waste of money as they tend to be good only for a single campaign. But for the most part we're talking about a dozen game sessions and a lot of fun with friends that is a lot better than a few movie tickets. We always compare it to paying for an escape room session except you get to play this game more than you could take the escape room experience.

These are such wonderful gaming times indeed.
gaming tabletop gaming