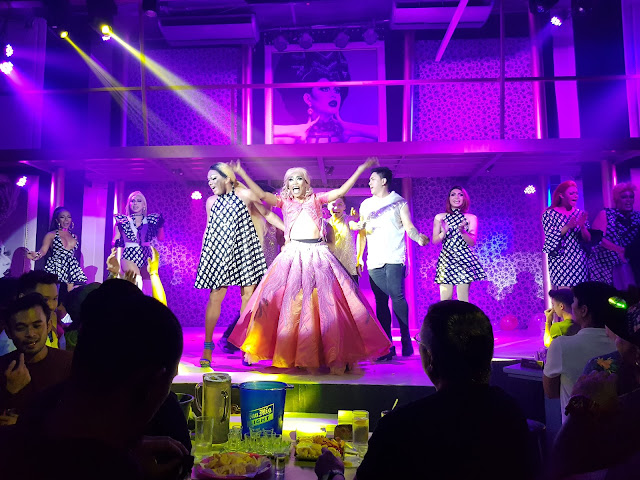 After yesterday's slightly traumatic Pendragon RPG session, we had ourselves a crazy fun night at O Bar given it was a night dedicated to MC, one of the fabuolous O Diva. As is now the tradition for the birthdays of the drag queens, the night was centered around her passions and interests and that meant a full Broadway-themed set followed by a pop center featuring performances of songs by Dua Lipa and Whitney Houston. We were joined by a few friends and it made for a very enjoyable evening indeed. 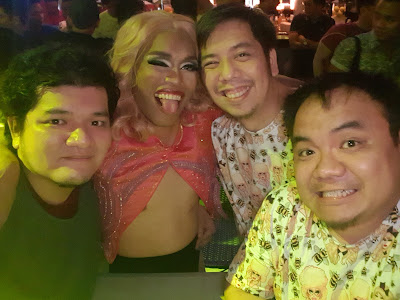 Today we watched the current Repertory Philippines play, Arsenic and Old Lace, which turned out to be quite the hilarious farcial comedy. In recent years Repertory has been getting a lot better at churning out these sorts of plays and I'm glad that they seem to have found a better balance for hitting those essential comedic notes for maximum effect. 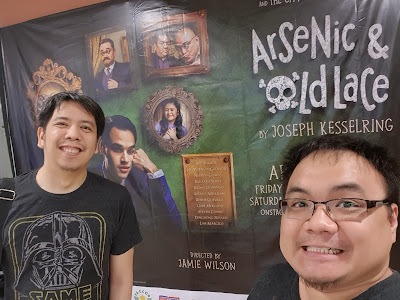 And with Tobie's birthday just around the corner, I sprung a small surprise while we were browsing at the Greenbelt 5 branch of Gaming Library by offering to purchase a few games as advanced gifts. The top of the list was the village building legacy game Charterstone, which had us quite curious about but could not easily find information about while also avoiding "spoilers" for the game's legacy content. It may seem silly to buy birthday gifts for someone while you're with them but believe me this was the better option as preparing big surprises often sends the wrong signals. 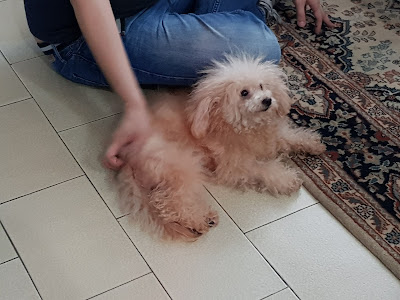 We then traveled south to visit Tobie's parents and have dinner with them so that they get some time together before Tobie's birthday later this week. It also meant that I got time with their dogs, which is always something to look forward to.
all the world's a stage aminals cultural victory family gaming O Bar tabletop gaming Tobie