02626: The Challenge of Game Night Scheduling 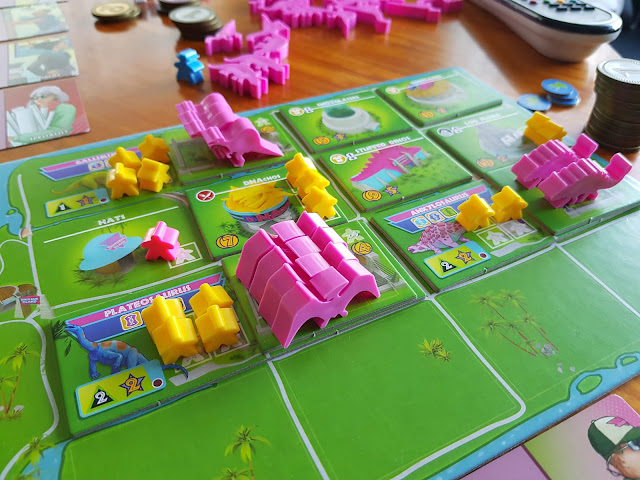 Figuring out schedules for game nights is really hard, guys. No joke.

Given how we have regular groups that we try to schedule and even open table game nights where we invite strangers into our home, it's a lot of work. Let's break things down.

Every 15th of the month I open up the gaming schedules calendar for requests. Of course on-going games with regular groups get priority and often have agreed upon schedules that had been set during the last game session, even well before the 15th. They have to have some privileges for their commitment to gaming with us. It goes without saying that most folks hope for Saturday schedules, which is understandable as it means more gaming time without thinking of real life obligations waiting for them the next day.

The monkey wrench that appears every now and then involves big O Bar events getting scheduled as they are often on Saturday nights as well. If possible we end up moving the game to the afternoon so we start early and try to wrap up before midnight instead of aiming for our usual goal of, well, before the sun rises on Sunday morning.

With what's left, we consider our options for other game sessions. Tobie has his regular #TAGbites open table RPG sessions that we try to host monthly, so they get slotted somewhere that's free. Sundays typically have a lot of availability so they usually end up there. Sundays are also days I aim to use for theater dates with Tobie.

When it comes to venues, this gets interesting. By default most game nights are at the Sietch, especially when it comes to RPGs or game sessions with new people we don't know too well. Bigger groups that have their own venues are accomodated since the Sietch isn't big enough for larger play groups. And then other friends with other considerations like family and the like merit mapping out traveling across Metro Manila even as long as we set the schedules.

Fridays are a mixed bag as it's after work and not many people are up to gaming. As much as we're open to playing board games or RPGs all night even after a long work day, I know not everyone is keen on that. So a lot of Fridays are spent at home with just me and Tobie gaming or we head over to O Bar. We've tried making open invites for Friday nights here and there but people rarely even acknowledge the open invitation existing, what more saying yes.

So open tables are a rarity and it's hard when new players ask for when they can play and leave it at "just invite me when there's a free space." Truth be told, free slots are rare and so we end up coordinating with people who make an effort to follow-up for game schedules and actively look for game time. If we just get a throwaway "I hope to game sometime" and then we never hear back from the, it's hard to believe that they'd make the effort to game with us on a more regular basis.

It's a lot of work that we go through each and every month but it's worth it because tabletop gaming is still an amazing experience and remains at the center of our social calendar.
gaming O Bar sietch life tabletop gaming